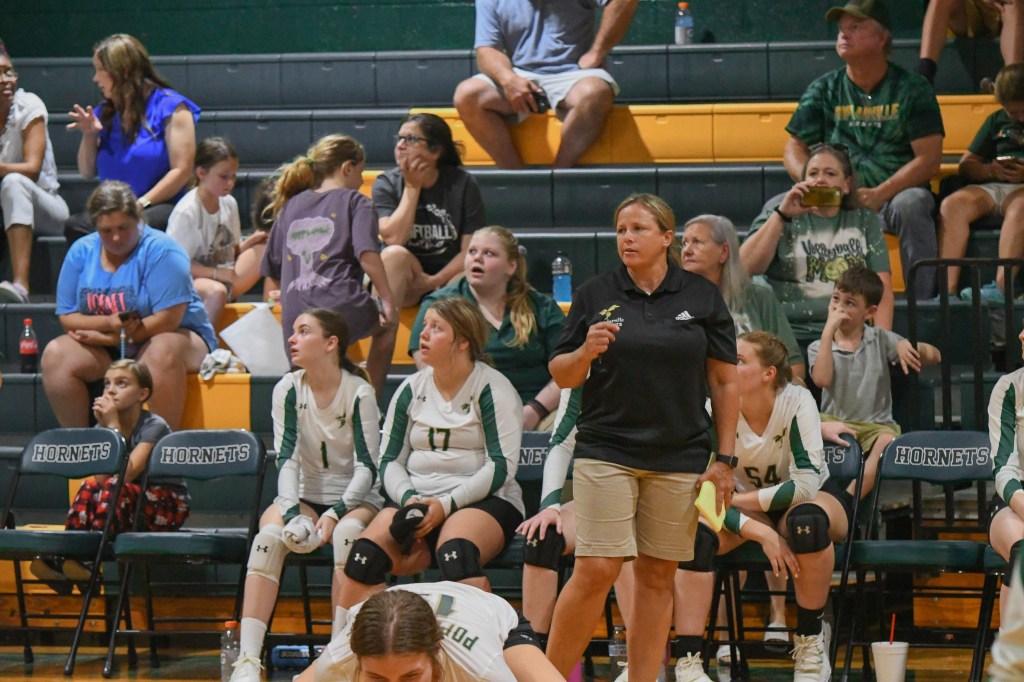 The Poplarville Hornets went the distance against the Pass Christian Pirates on Tuesday night, beating the Pirates 3-2 in their first full set match in over seven games.

Their last full set took place during the team’s loss to the Bay Tigers on Aug 30.

The Hornets racked up 23 total kills, six blocks and 10 aces.

“The first set was really good, we set the pace and tone for the game. We came out really strong,” said Head Coach Amanda Ladner. “The first set set the tone for the whole match because they proved to themselves that they can do it, so that gave them the confidence in the other sets.”

Ladner said the Lady Hornets folded a little bit in the second set but didn’t accept defeat. After losing the fourth set to a questionable line call, the Lady Hornets were fired up for the final set and the score was a reflection of that energy.

“It motivated us to finish out and finish strong. The girls just wanted it,” said Ladner. “There were no specific standouts. They all did what they were supposed to do…everybody stepped up and did their job.”

Poplarville is currently 9-4 overall this season and 5-2 in district play. They will be on the road Monday, Sept. 26 to play the Purvis Tornadoes at 6:30 p.m.