Lady Hornets on a winning streak 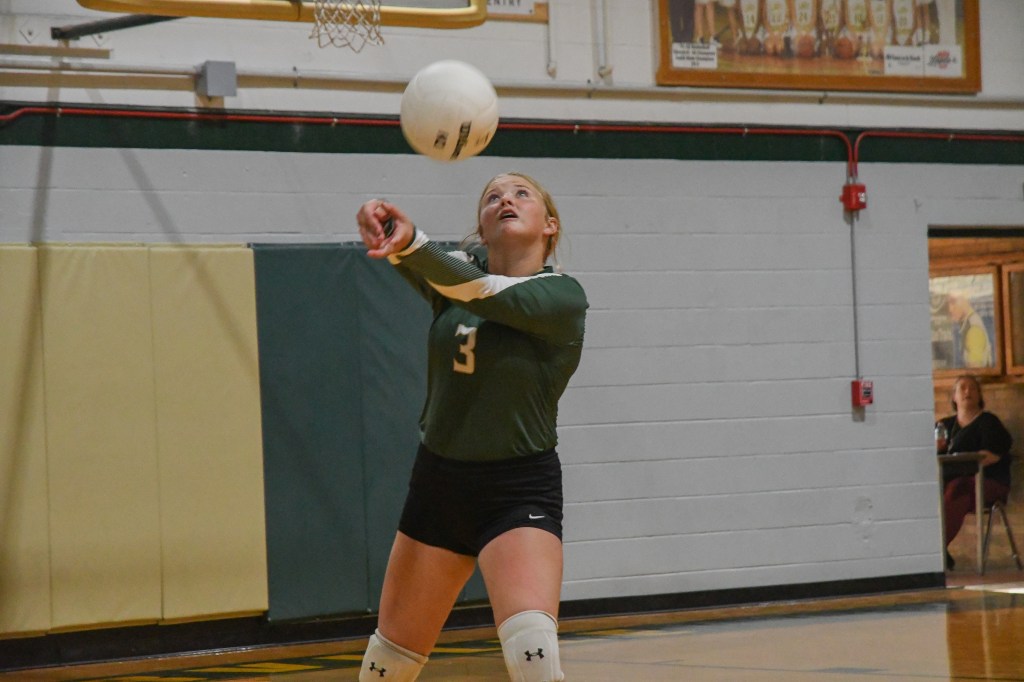 Ashleigh King makes a pump pass for the Lady Hornets during previous action.

This week, the Poplarville Hornets volleyball team swept two teams on the road.

Poplarville is currently 7-4 and 3-2 in district play, sitting in the third spot in district. Poplarville’s four game win streak comes after a recent a losing streak.

“We’ve been working really, really hard to come back from that, and now we’re catching momentum which is good because we’re fixing to have to step it up with district and be able to play good in district playoffs,” said Head Coach Amanda Ladner.

One of the contributing factors to the Lady Hornets’ wins is the mental routine changes and keying on fixing previous matchup mistakes and errors. Defensive coverage has been tweaked and serving has been a work in progress.

During this Lady Hornets run, Sarah Bolin converted a lot of serves and aces and Lindy Crider and Raylein Davis have been putting the ball down for kills consistently. Gracie Amacker is becoming more accustomed to playing in the middle position while Ladner is seeing them and the entire group grow more consistently with a lot more focus as the season goes on.

“It’s been a overall thing, our younger girls are stepping up and our seniors are making things happen for us,” Ladner said.

Next, the Poplarville Hornets will host the Bay High Tigers (2-10) on Thursday at 6:30 p.m. Poplarville lost to Bay High 3-2 on Aug. 30. Ladner said the Tigers’ student section played a big factor in their loss. Ladner said that was unexpected for the Lady Hornets and Bay High fed off that. This second time around Ladner said they will approach this game with a different mindset and expect to see the Tigers hit the ball hard and have good defensive coverage.

“We’re going into it a little more focused, we know what to expect from Bay and hopefully our student section can pump our girls up,” said Ladner.