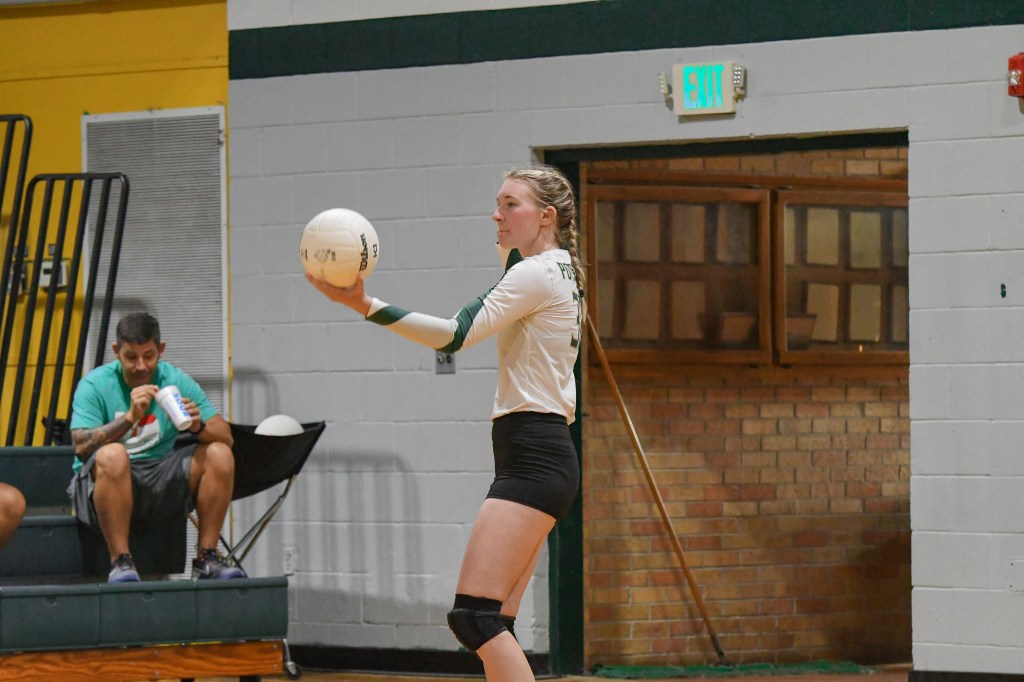 The Poplarville Lady Hornets picked up a sweep over the Moss Point Tigers Tuesday evening, (0-7) ending the team’s three game losing streak. Two of the losses where against district opponents.

“Yes we’ve been in a slump for a little over a week, we’ve had three really tough teams that we played and we needed some practice,” she said.

What set the Lady Hornets apart in the first set was the serves. What they practiced on the day before flourished on Tuesday.

“Our aces were good in the first set, that’s kind of what helped us out,” said Ladner

In the following sets Moss Point put up more points but Poplarville’s execution and minimal errors kept them in the lead. Errors were the defining moment in this match.

“We had less errors then they did, that was it… they made a lot of errors and so did we, they just made more than we did,” said Ladner.

Ladner credits Moss Point’s blocking and in game adjustments. They caught on to Poplarville’s game plan, including where they were hitting and where they were setting the ball. Moss Point placed their tall blockers accordingly, causing Poplarville to adjust. It took Poplarville a few rallies to figure it out, allowing the local team to beat Moss Point in the last two sets.