Lady Blue Devils on wrong end of a sweep 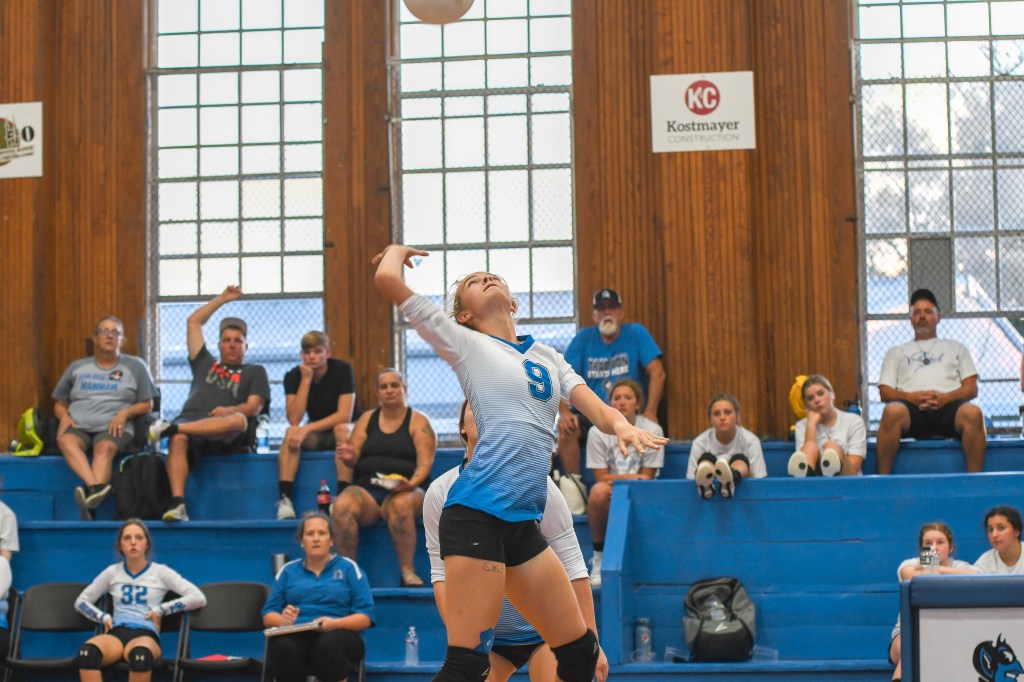 “This was actually a pretty great game for us…we played so much better against them this time than we did the first time, which shows growth. We scored more points on them than we did last time,” said Head Coach Nicole Brown.

In set two, Izzy Martin put her Lady Blue Devils up 1-0 with an ace. But aces came in bunches for the Red Rebels, jumping the team to a huge 22-5 lead. The Lady Blue Devils got five of their points off Red Rebels errors. A Harrison Central error and a dink by Autumn Craft gave PRC their first back-to-back scores. A kill by Jadyn Nielson kept hope alive for the Blue Devils as the team trailed 24-8. The score reached 24-11 after back-to-back Harrison Central errors and an attack block by Nielson. PRC added one more point to their score but Harrison Central ended their rhythm with a dink hit. The Red Rebels took set two 25-12.

In set three, Harrison Central started with a kill then ran with a 14-4 lead. PRC got a kill and made the score 14-5. Leigha Trahan served an ace and Nielson made another block but PRC still trailed 17-8. From there the Red Rebels took over and scored an 8-5 run over the Lady Blue Devils. Harrison won set three 25-9.

“We’re continuing to build and develop. A win for us looks a little bit different than a win for most teams this year. For us when we’re out there really competing well against these teams… that’s a win for my girls and me. Those wins on the score board are going to come,” said Brown.

Brown said that PRC’s volleyball program has grown to be a well working team. Varsity players have set the standard in terms of attitude and behavior, on and off the court. There are high expectations for the varsity squad as their experience grows and Brown believes they are achieving this expectation.

“They’ve done a great job at really helping produce standards for their next team and teams to come,” said Brown.

PRC will have some time to make plans to bounce back before they host the Stone Tomcats on Sept. 20 at 6:30 p.m.

During that time the Lady Blue Devils will scout teams and conduct additional training on top of their regularly scheduled practices.

CL Storme Boggs leaps up for a spike resulting in a PRC point during their loss to Harrison Central.