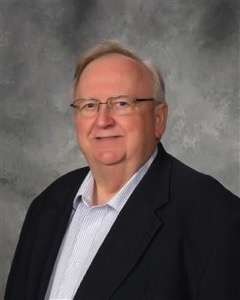 Rev. Dr. Joe Landrum died from heart issues at Vicksburg Merit Health Hospital on September 4, 2022. Rev. Landrum had been serving Lovely Lane UMC in Natchez and Blue Hill and Cane Ridge UMCs in Lorman as a retired United Methodist pastor since July 2021. A celebration of his life was held on September 8 at Hawkins United Methodist Church in Vicksburg, MS. That service may be viewed on YouTube.

Joe grew up in Picayune, MS working in his family’s produce business.  He graduated from Picayune High School and the Mississippi Highway Patrol Academy and received a BA degree from William Carey College, a Master of Divinity from Emory University, and a Doctorate in Counseling Supervision from Mississippi State University.

After several years in law enforcement, Joe felt called into ordained ministry in the United Methodist Church.  He spent 40 years serving as pastor in United Methodist churches throughout Mississippi. His appointments included churches in: Scooba & Binnsville; Leakesville; Jackson; Meridian; Vicksburg; Carroll County; Dekalb Circuit; Madison; Canton; Crystal Springs; Corinth; Natchez and Lorman. He also served God in his work with the Vicksburg-West Jackson District and through various committees and institutions including The Good Shepherd Community Center in Vicksburg, Camp Wesley Pines, Professional Health Network Board, and as Board President of the Methodist Foundation of Mississippi.

Joe loved to share stories and to embellish them each time he told them.  His listening ear, wisdom and friendship made a difference in the lives of many people. He will be missed.

Joe was preceded in death by his parents, Ernest and Joe Ree Landrum, his brother, Jerry Landrum and father-in-law, Rev William (Bill) Watkins.

Memorials may be made to Good Shepherd Community Center, P. O. Box 8115, Vicksburg, MS 39181 or to a ministry of your choice.