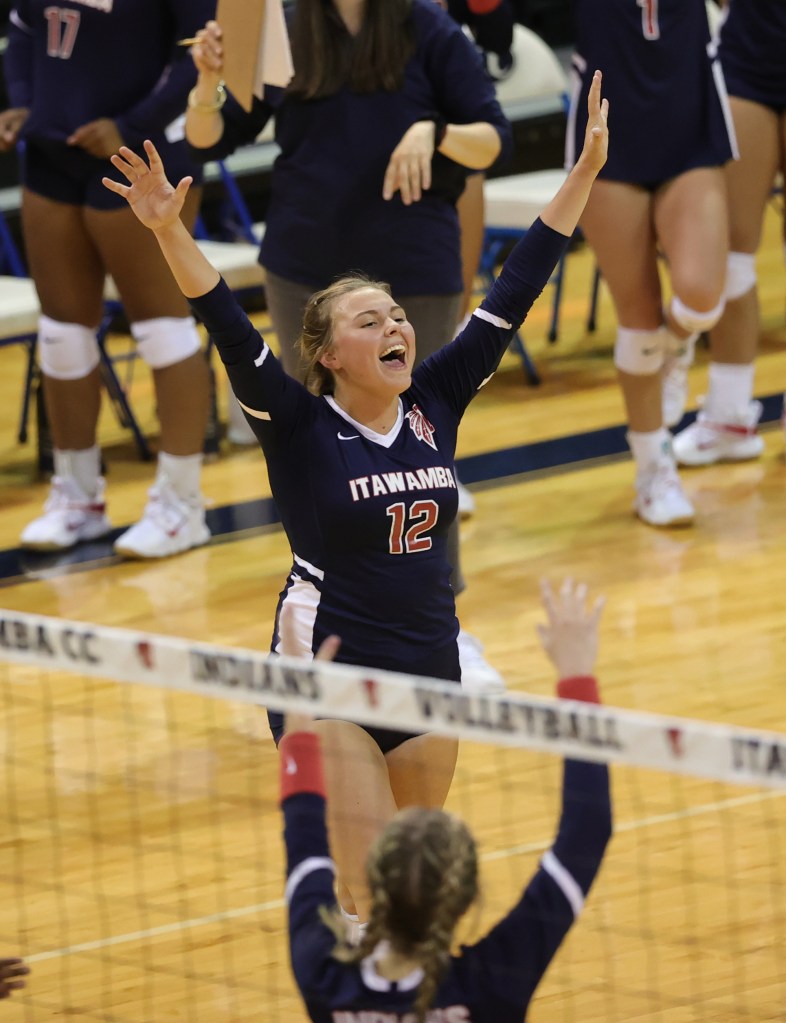 Fulton, Miss. (LetsGoICC.com) – After a two week break in games, the Itawamba Community College volleyball team picked up where it left off with a pair of 3-0 wins.

“We’ve worked really hard to build a lot of team chemistry, and it really shows on the court right now,” said ICC Head Coach Annie McGregor. “We’re building a culture that is getting better and better on and off the court, and I’m really proud of our girls.”

In the rivalry showdown with Pearl River, the Indians put together numerous runs to create big leads, but the Wildcats battled to pull within striking distance.

The Indians’ defense stepped up in a big way with 56 total digs and eight block assists. Olivia Hines (Olive Branch) had a team-high 15 digs, followed by Johnson with 12 and Thornell with 11, as well as a team-high 11 assists in the game.

This week, the Indians will look to remain unbeaten as they compete the MUW Owl Invitational where they will face MUW and Pearl River again as well as Rust College.

Saturday, the Indians will face Rust at 11 a.m. and Pearl River at 1 p.m. and will wrap up the weekend against MUW at 11 a.m. Sunday.

For more information on ICC Volleyball and the other 11 intercollegiate athletic programs, follow ICC Athletics on Twitter(@LetsGoICC) and visit LetsGoICC.com