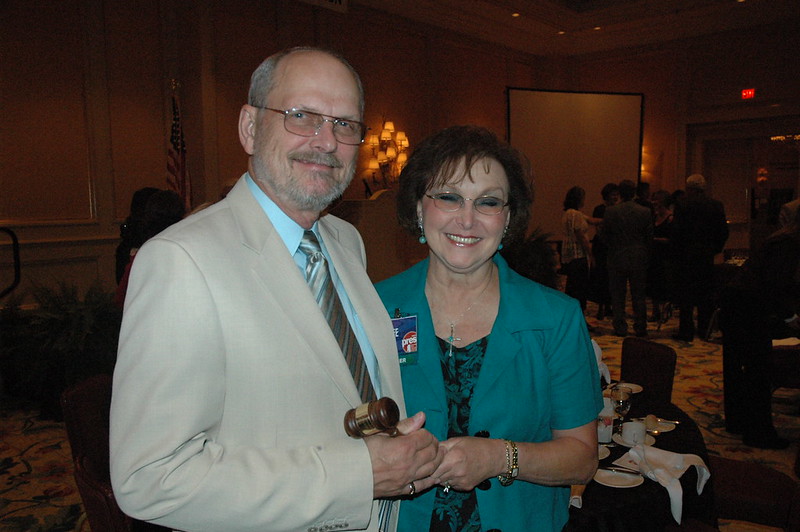 From left are Tom and Dee Andrews from when Tom was installed as president of MPA at the 2007 convention. Submitted photo

Tom Andrews, former publisher of the Picayune Item, has passed away this week, according to an announcement issued by the Mississippi Press Association.

Andrews had a 30 year career in the newspaper industry, all of which was with the Item. He started that career as a salesman in July of 1978 and was later promoted to sales manager. In the late 1990s he was named publisher of the Picayune Item, a position he held until Aug. of 2010.

Before joining the newspaper industry, he worked for a corporation that owned five and dime stores under the name Morgan and Lindsey.

He had a love of Blues and live shows and was married to Dee Andrews. They met while she worked at the Item as the community editor. Dee passed away in 2016 and he was also preceded in death by a daughter in the early 2000s.

In 2021, he was diagnosed with cancer and went to live with his other daughter in Dallas, Texas.

According to the MPA announcement, a date for services is still pending with a memorial service expected to take place at a location along the Gulf Coast.