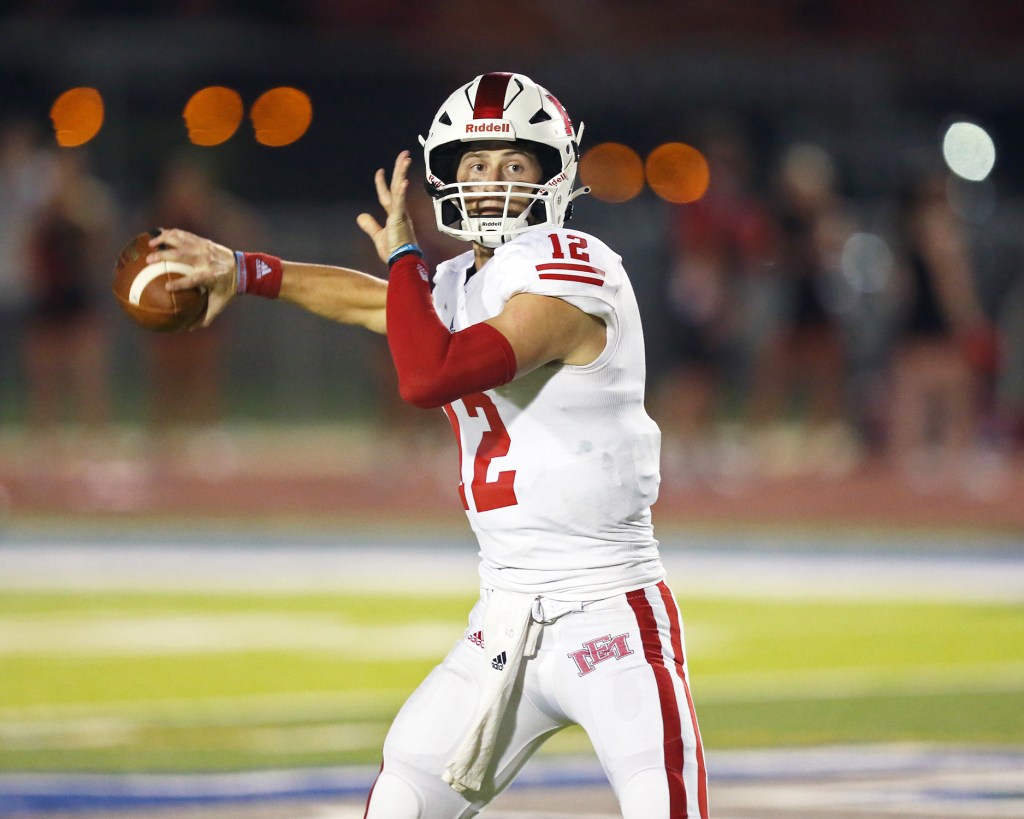 JACKSON – For putting up impressive numbers during his first collegiate start a week ago for the EMCC Lions, freshman quarterback Eli Anderson has been named the MACCC Offensive Player of the Week. The announcement was made Tuesday by the MACCC office.

Anderson connected on 33-of-42 passes (79%) for 300 yards and four touchdowns during last Thursday’s 45-9 win over Holmes in a game played at Ridgeland High School. In the first half alone, he was 25-of-28 (89%) for 225 passing yards and three scoring tosses to help stake EMCC to a 28-7 halftime lead over the Bulldogs.

Through the season’s first three games, Anderson enters this week’s action leading the NJCAA Division I statistical ranks by having completed 73.3 percent (55-of-75) of his passes on the year. The Neshoba Central High School product is currently averaging 160.7 passing yards per game with four touchdowns and a pair of interceptions.

Coach Buddy Stephens’ eighth-ranked EMCC Lions (2-1, 1-0 MACCC North) will travel to Perkinston to take on the Bulldogs of Mississippi Gulf Coast (2-1, 1-0 MACCC South) Thursday evening. Kickoff at MGCCC’s A.L. May Memorial Stadium is set for 7 p.m., and the game will be live-streamed on ESPN+ as the NJCAA Game of the Week.