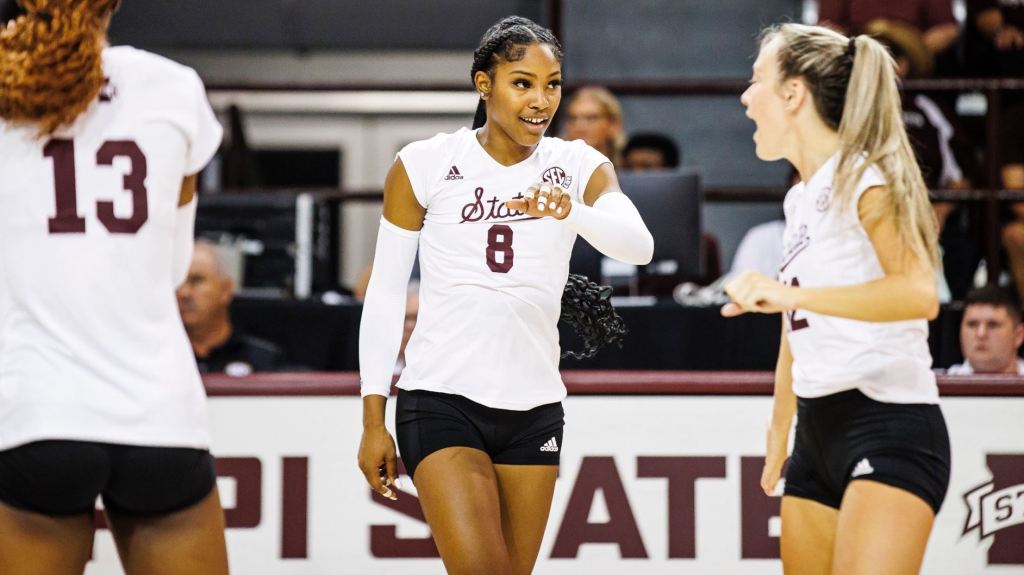 STARKVILLE – After two challenging and successful weekends on the road, the Mississippi State volleyball team is back inside of the Newell-Grissom Building for the Maroon and White Invite this weekend.

Last weekend, the Bulldogs (5-0) swept Lipscomb, notched a reverse comeback victory over Oklahoma and topped Ball State in straight sets. The Maroon and White is joined by Auburn as the only two programs to be undefeated during the 2022 season.

State turns its attention to Kennesaw State Thursday at 6 p.m. CT, Houston Friday at 6 p.m. and South Alabama Saturday at 3 p.m. for their first three home matches of its non-conference slate.

“I am glad we got battle tested at Lipscomb,” head coach Julie Darty Dennis said. “It was a good second weekend tournament for us to get some good experience. I am very excited to play at home. We are trying to be the most focused, dialed in team every single day at practice and every single set of every match. It’s going to be good volleyball.”

Admission is free for all home volleyball matches with gates opening one hour prior to first serve. Fan experience promotions include a t-shirt giveaway on Thursday, a hat giveaway on Friday, and a tour of emergency response vehicles on Saturday.

All three matches will be streamed live by SEC Network+ and the Watch ESPN app.

Gabby Coulter has dished out 12.18 assists per set on the season, which would rank first among SEC setters if running a 5-1 offensive system. Coulter has had two double-doubles on the season.

Myrick has belted 10-plus kills in four of five matches already this season. She recently tucked away 18 kills and 21 points for the Bulldogs against Ball State (09/03).

Sania Petties, an SEC Co-Offensive Player of the Week, has managed 2.17 kills, 0.75 blocks and 2.71 points per set as a sophomore middle blocker. She rattled off 13 kills and four blocks at Notre Dame (08/27). Petties has also garnered a .429 hitting percentage over a total of four matches.

Lilly Gunter, a Co-Defensive Player of the Week, has reeled in 10-plus digs during all five matches this season. She eclipsed 20-plus digs against Oklahoma, adding seven assists and three aces. Gunter’s 5.00 digs per set is second-highest among SEC liberos.

“We are excited to get to play on our home court,” Dennis said. “I know our fans are excited for us to come home. Our fans do a great job of providing the atmosphere that we need and making a hostile home court setting.”

For more information on the Bulldog volleyball program, visit HailState.com or search for “HailStateVB” on Twitter, Instagramand Facebook.