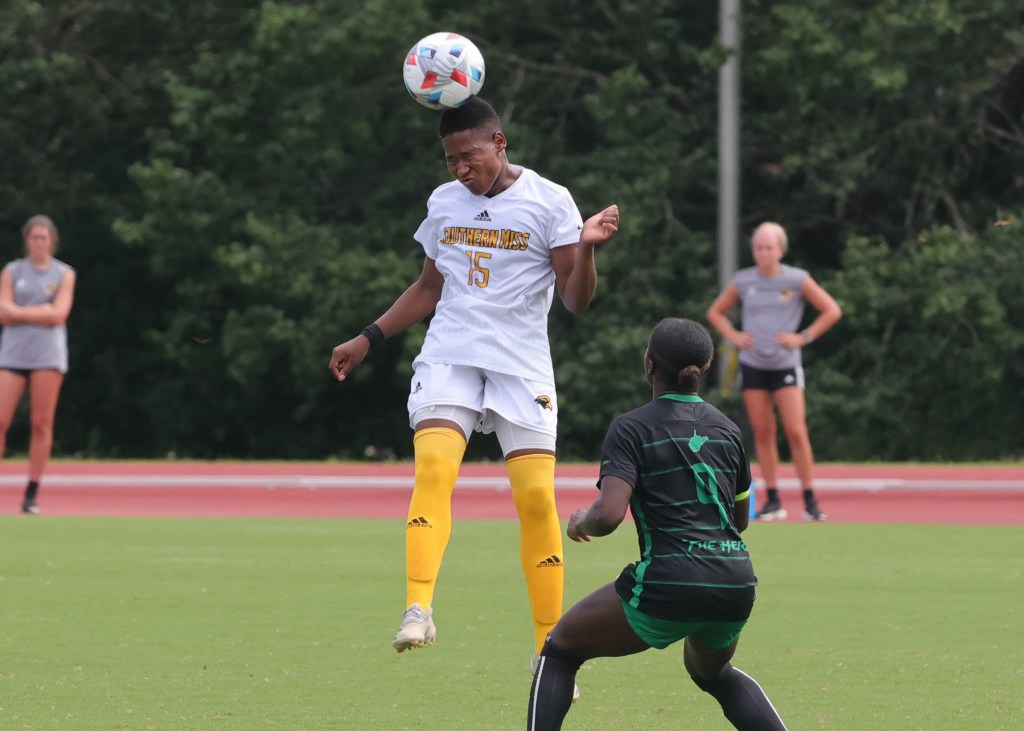 HATTIESBURG, Miss. — William Carey is set to make the short drive up Route 49 on Wednesday night when the Southern Miss women’s soccer team welcomes the Crusaders to the Southern Miss Soccer Complex. Kickoff is set for 5 p.m.

The Golden Eagles are just a couple of days removed from blanking Pearl River in their first exhibition match where sophomore Elexia Nelson (Niceville, Fla./Niceville HS) netted a pair of goals. Alex Helbling (Highlands Ranch, Colo./Richmond) led the defensive efforts in net as the junior played 45 minutes without seeing a shot on net. Lena Blake (San Antonio, Texas/Byron P. Steele HS) and Kesaia Bruni (Ontario, Canada/Fresno State) split the second half and helped preserve the shutout. Blake had the only two saves for Southern Miss.

The Opponent
William Carey is coming off a 22-0-1 season that ended in a loss to Tennessee Southern in the NAIA National Championship. The Crusaders have yet to play a match this season. Southern Miss and William Carey last met during the 2017 season where the two teams ended in a 0-0 tie. The only win between the two schools was a 5-1 Southern Miss win in 1997.