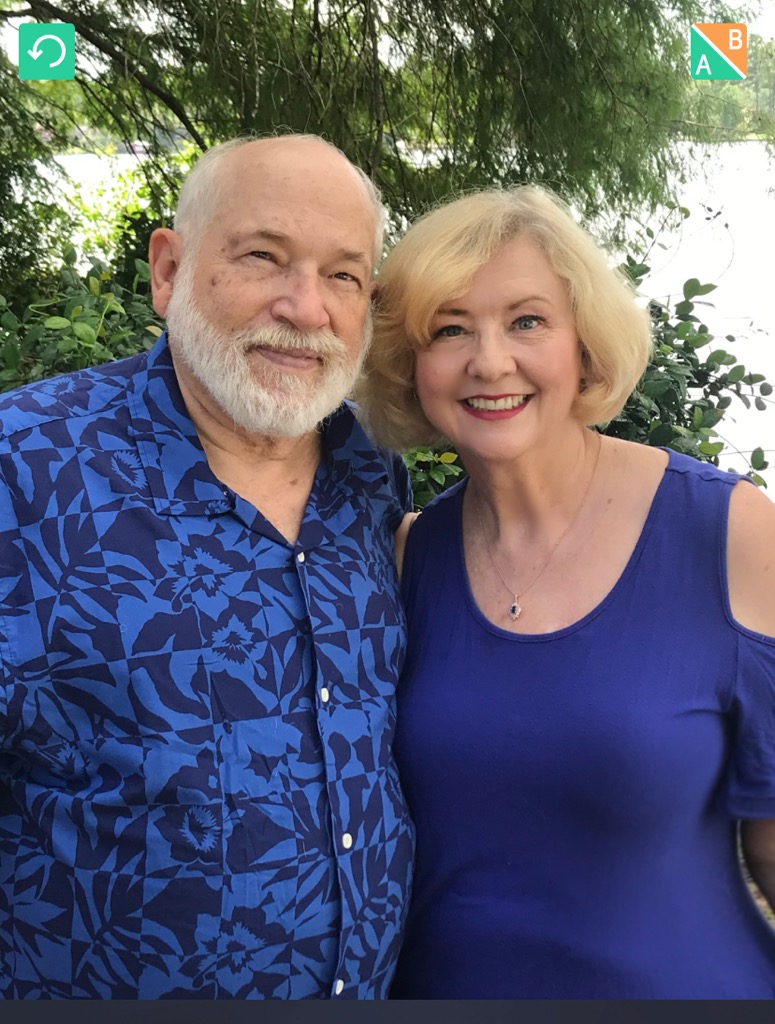 The Krewe of the Pearl announces its new King and Queen for the 2023 Carnival season, Curtis and Debbie Craig of Carriere.

The Craigs moved to St. Tammany Parish in 1980, from St. Croix, US Virgin Islands, and to Hide-A-Way Lake in 1993.
Curtis is originally from Hobbs, New Mexico, and graduated from New Mexico State University in 1975. He is a retired civil engineer from Lockheed-Martin at the NASA Michoud facility in New Orleans.
Over the years, Curtis served as a volunteer firefighter for the Carriere VFD, PRCAA girls’ softball and Biddy basketball coach, a member of the Hide-A-Way Lake Board of Directors, and the Hide-A-Way Lake architectural committee.
Since 2004, Curtis’s passion has been First Robotics, an international team robotics competition for high school students. He’s been a volunteer and coordinator for the Bayou Regional Tournament in New Orleans, a mentor for Fountainbleu and Bogalusa High School teams, and a volunteer with Team Chaos of Picayune and Pearl River Central High Schools.
Also since retiring, Curtis has been a background actor with Louisiana Casting and has appeared in “Jurassic World,” “ Logan,” and “ Don’t Look Back.”
He is currently an engineering consultant for Dammon Engineering of Slidel.
Debbie Is originally from Wrentham, Massachusetts, and is a retired high school teacher who taught in St. Croix, US Virgin Islands, St. Tammany Parish, and her last 20 years at Pearl River Central High School, teaching speech, theatre, and English.
Debbie founded the PRCHS drama group, the Blue Maskers, and is a published playwright. She retired in 2013.
Debbie is a board member and actor in Picayune-On-Stage, a member of the Mississippi Cameo Club and was Ms. Senior Mississippi in 2014.
She has been a member and co-captain of the Krewe of the Pearl since 2015.
Debbie is a background actor with Louisiana Casting and has been in the films “Jurassic World,” “ LBJ,” and “Logan.”
She serves as a lector, choir and vestry member of St. Paul’s Episcopal Church, and a past president of Pearl River County Retired Educators. She holds a masters degree from William Carey University.
Debbie enjoys directing children’s plays, has directed plays for St. Charles Borromeo Catholic School and is currently directing “ A Christmas Carol” for St. Paul’s Episcopal Church.
The Craigs have been married for 43 years, and have two children, Ashley Craig-Tate, a microbiologist, who lives in Salem, Oregon with husband Paul; and Alex Craig, a web developer, who lives in Slidell with his wife Christiane, a digital artist.
Debbie and Curtis proudly have two “bonus” children, Brendon Schmidt of Houston, Texas, and ZyQuona Howard of Columbia, MS.
The Craigs enjoy sailing, cruising, gardening, gourmet cooking, and spending time with their family.
They were founding members of The Krewe of Mona Lisa and Moonpie in Slidell, and former members of Phunny Phorty Phellows in New Orleans.
“We love the Krewe and our life in this community. We’re honored to be this year’s King and Queen,” stated Debbie Craig.
The Krewe of the Pearl is Pearl River County’s only carnival organization. The Krewe is now taking new memberships for its 2021-2022 season.
The membership dues of $200 per couple/two persons include the banquet ball on January 28, 2023, at the Hide-A-Way Lake Lodge, places on the Krewe float in the parade on February 4, 2023, on Goodyear Blvd, and the social events throughout the year. Members’ children are also welcome to ride in the parade.
Businesses and organizations can enter a float, car, truck or marching group in the parade. The theme for the 2022-2023 Krewe of the Pearl’s season is “Cruising the Caribbean.”
You can go to the Krewe Facebook page and print out membership and parade entry forms.