Second half goals propel No. 5 Pearl River past Itawamba 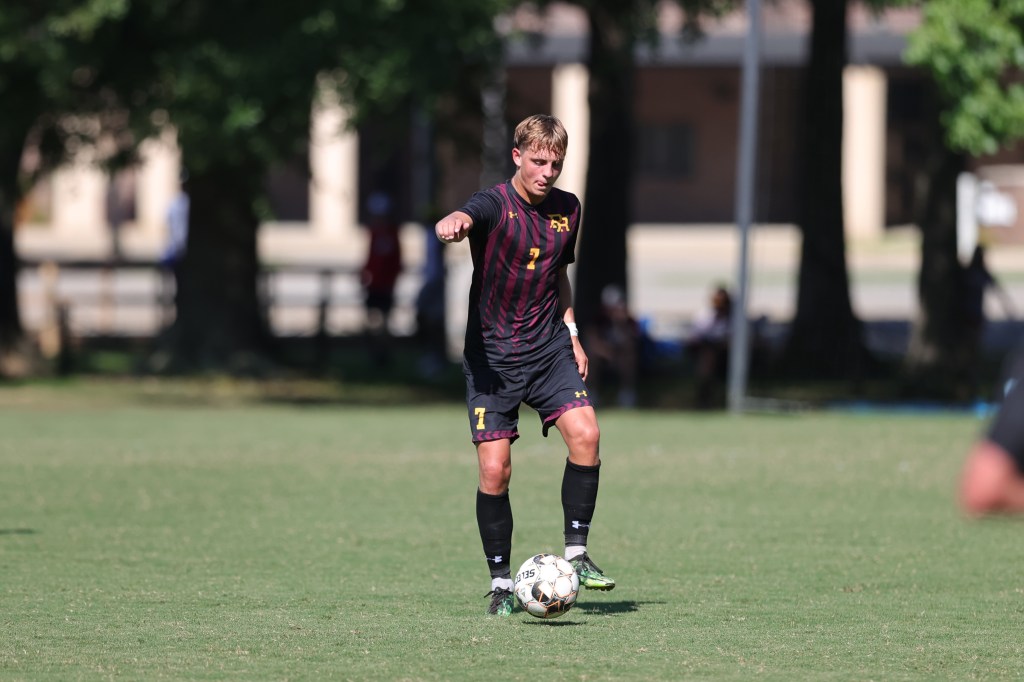 FULTON, Miss. — In its first action of the 2022 season, the No. 5 Pearl River men’s soccer team used a pair of second half goals to propel itself to a 2-1 victory over Itawamba on Friday. The Wildcats held possession for much of the first half but struck on the counterattack in the second half.

“I think that we played okay. The lack of games that we’ve been able to play with all of the weather and cancellations has definitely taken a toll on fitness,” Pearl River coach Drew Gallant said. “With all of the sprinting and running that we do in soccer, it’s really hard to simulate that in any kind of practice.

“We did a good job of capitalizing in the second half. We are threatening on the counter. We have so much speed and size up top. When we get into counter situations, it creates good opportunities.”

The ball lived in Pearl River’s (1-0 overall) possession during the first half of play, but the Wildcats were unable to break through for a goal.

The first PRCC chance of the first half came in the 15th minute of the game as Mo Diallo (Gulfport) unleashed a shot from deep that was saved by the Itawamba (1-1) goalkeeper.

ICC nearly broke the deadlock 10 minutes later in the 25th, but a lofted pass in the box was headed just wide of the goal.

Just a few minutes later, Brandon Elkins (Bay St. Louis; St. Stanislaus) tracked down a ball on the right wing and crossed it into the box, but a Wildcat header didn’t find the net.

The 31st minute was a good chance for the Wildcats to get on the board as several shot attempts were blocked before the Indians were able to clear the ball.

Andre Nicholson (Kingston, Jamaica.; Clarendon College) fired a shot from five yards outside of the box that went just above the crossbar.

A big save from Maddux Francis (Poplarville) in the 44th minute of the contest kept the match scoreless entering the midway point.

The script flipped as the second half began with ICC living on the Pearl River side of the field. The Wildcat defense held strong and Pearl River eventually struck on the counterattack in the 51st minute of play. A ball played forward by Christopher Dommer (Rungsted, Denmark.) for Diallo was fired along the ground to the far side of the net for the first goal of the season and a 1-0 lead.

PRCC used the counterattack once again in the 60th minute to double its advantage, 2-0. Dommer picked up an assist by dishing a pass off to Alex Emery (Gulfport; West Harrison) who smashed a shot from deep for a goal.

Nicholson nearly got on the board two more times in the 75th minute, but two fantastic saves from the ICC goalkeeper turned the chances away.

The Indians capitalized on a penalty kick opportunity in the 83rd minute of the match to cut the deficit in half.

ICC broke through the Pearl River backline with seconds left in the match for a one-versus-one opportunity with Francis. The Indian forward smashed a shot but a diving save from the All-American goalkeeper put an end to the scoring opportunity, resulting in a 2-1 Pearl River victory.

Dommer was named man of the match after the contest, finishing with a pair of assists.

“He did an amazing job of creating opportunities,” Gallant said. “Like I said in the preseason interview, he knows when to be selfish and when not to be.”

Pearl River has a quick turnaround as the Wildcats take on Mineral Area tomorrow at 4 p.m.