Picayune on the down end of roller-coaster match against Gautier 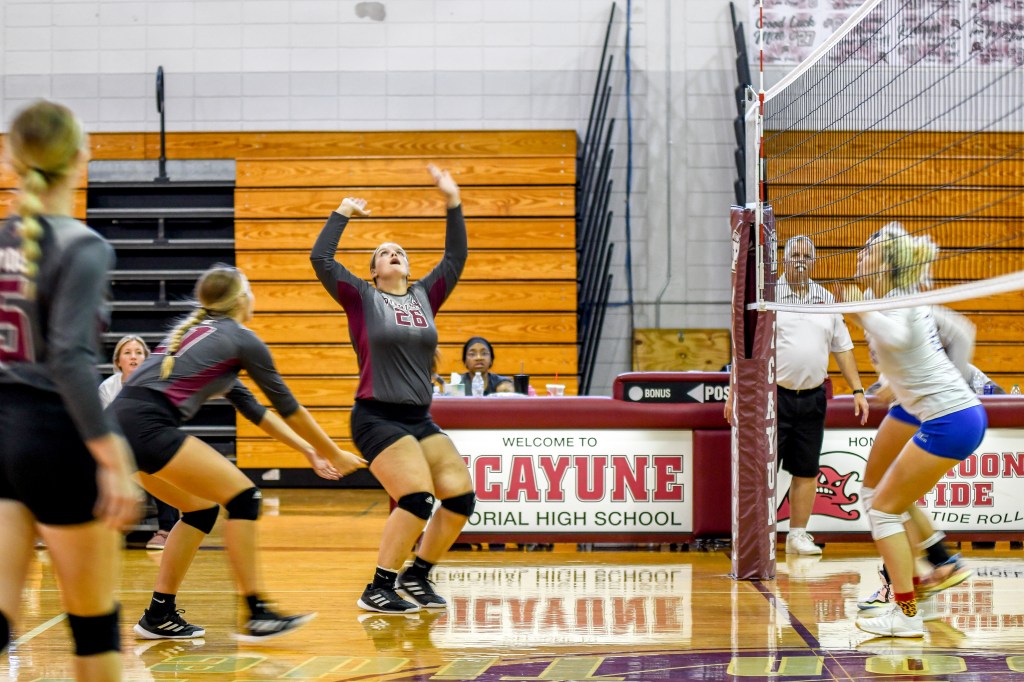 Picayune won sets one and three, both with 25-23 scores. Gautier won set two by 25-18, set four by 25-21 and set five by 15-10. The loss adds to the Lady Maroon Tide’s third consecutive loss in their roller-coaster start of a season.

Head Coach Courtney Dickens said her Lady Maroon Tide showed up to play in set one. It was one of their better sets featuring a team that was under control.

“We did a very good job of controlling the ball, and getting the passes down,” she said.

The Lady Maroon Tide serves were good, with limited errors. Even with Gautier’s effective serving, Picayune’s serving and receiving wasn’t an issue.

But the early success was short lived, as the remainder of the night turned out to be a roller coaster ride for Picayune. Dickens said that after the first set they’d either start with no energy or a lot of energy. And throughout the set the energy would fluctuate and it showed in the score. But there were times when Dickens felt the game was being given to them. They just failed to run away with it due their inability to execute hits when they needed them.

“After the first set it kind of happened all night. At some point in the sets we’d be up by six and then we would kind of fall off, then they’d come back and tie it up. There were a couple sets were they were up by maybe six and we’d come back. It was all night, a back and forth type of deal,” she said.

Picayune is in a frustrating position right now where they find themselves fixing a problem but then it causes them to revisit another issue and re-fix it. To avoid the trend of taking one step forward and two steps back, Picayune will need grit. Moving forward Dickens will ask her Lady Maroon Tide players for more grit, hunger and competitive spirit. Dickens plans to implement that in future practices.

Being overly enthusiastic can cause a miss in positioning and zone coverage and that was on display against Gautier.

“They tend to be too aggressive and get out of their zone and when they do that it causes us to get out of system and then we have to free ball besides putting the ball down… that’s something we’ve been focusing on and working on. Right now it looks messy but we’re trying to clean it up,” said Dickens. “It’s the little things that are turning into big things and I believe that is causing us to not come away with the win.”

Next, the Lady Maroon Tide will play Harrison Central (5-0) in their second meeting. Previously Picayune lost to Harrison Central 3-0 on the road. On Aug 25, they will host the Red Rebels at 6:30 p.m.