Picayune on a mission for first back-2-back championships 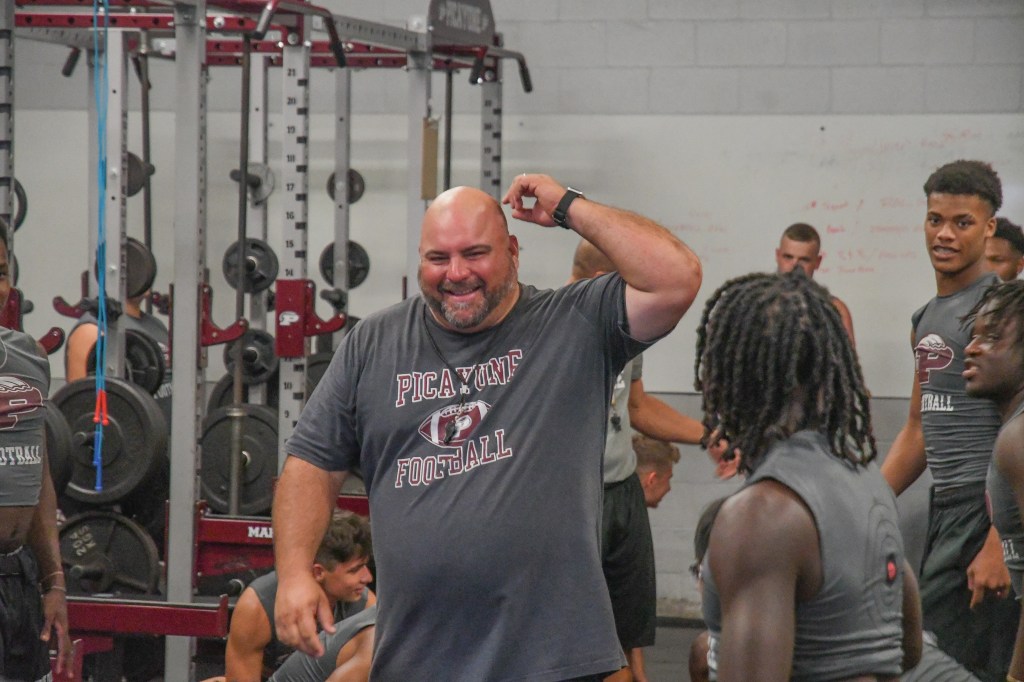 The reigning state champions look to make history as the first Picayune team to hold the golden football in back-to-back seasons.

The Picayune Maroon Tide football team is not lifting their foot off the gas after their 14-1 championship season. It’s a new team, new season but the goals are the same only with higher stakes. When asked if winning back-to-back state championships was a goal, Head Coach Cody Stogner said winning a championship is the goal every year and that they have additional goals for this season.

“We strive to get better than we were last year, there’s different parts of the game we want to excel in and be better at. So we’re just focused on being the best 2022 Picayune team we can be,” he said.

Stogner said he is absolutely aware that his team has a target on their back. As state champions, and currently ranked third in 5A standings, the team is also led by one of the top running backs in the county in Dante Dowdell. And opposing teams won’t forget that there are several other star athletes starting to bloom within the Maroon Tide’s ranks.

Senior Peyton Wells and Zavion Coleman said they don’t view having targets on their backs as any kind of pressure. They hear the naysayers, the doubters and non-believers very clearly, and they use that as motivation.

Stogner said he felt his team snuck up on people last season. The result of that now has all eyes on the Maroon Tide.

“A lot of people in the beginning of the year didn’t put us in the positions where we were, but now anytime you go and win it all like that, the target is definitely on your back, and we’ve approached this off season like that because when you have a target on your back you got to work that much harder, Stogner said.

Over the summer, Stogner said the team responded really well to not resting on their previous title, and being humbled and being pushed to get better by the coaching staff. The leadership attitude across the board rose as well.

“It isn’t just one person leading, it’s a group effort now, we’re all bought in. Instead of 10 or 20 people being bought in, we all are,” said senior and left guard Peyton Wells.

“We have more dogs, were going to get it done this year but it’s going to be harder than last year,” said senior defensive tackle Zavion Coleman.

No previous Picayune varsity football team has achieved back-to-back championships, but Stogner has faith in his 13 returning seniors to carry the team to Picayune history.

“They’ve been putting in work, and not only with just us but doing individual stuff on their own because they’re hungry,” said Stogner. “They’re hungry and they showed up and put in the work.”

“We have a lot of first year players… you got to let them know with high school ball you can’t sugar coat it or baby them. We tell them from the get go what it’s going to be like,” said Wells.

Coleman says the defensive line is where the team’s strength is on defense. That front line is returning all but one of their starters. And on a nightly basis Coleman says the community can expect the Maroon Tide to, “get to work and get it done.”

“We’re always going to take it one game at a time and one week at a time, everyone’s going to be out to get us so we got to play every game like it’s a championship game,” said Stogner.

The sky is the limit for the Maroon Tide and Stogner says they can go only as far as their hard work, effort and energy can take them.

Picayune’s first game will be against county rival the Poplarville Hornets on Aug. 26 at Poplarville High School. Kick off will be at 7:30 p.m.