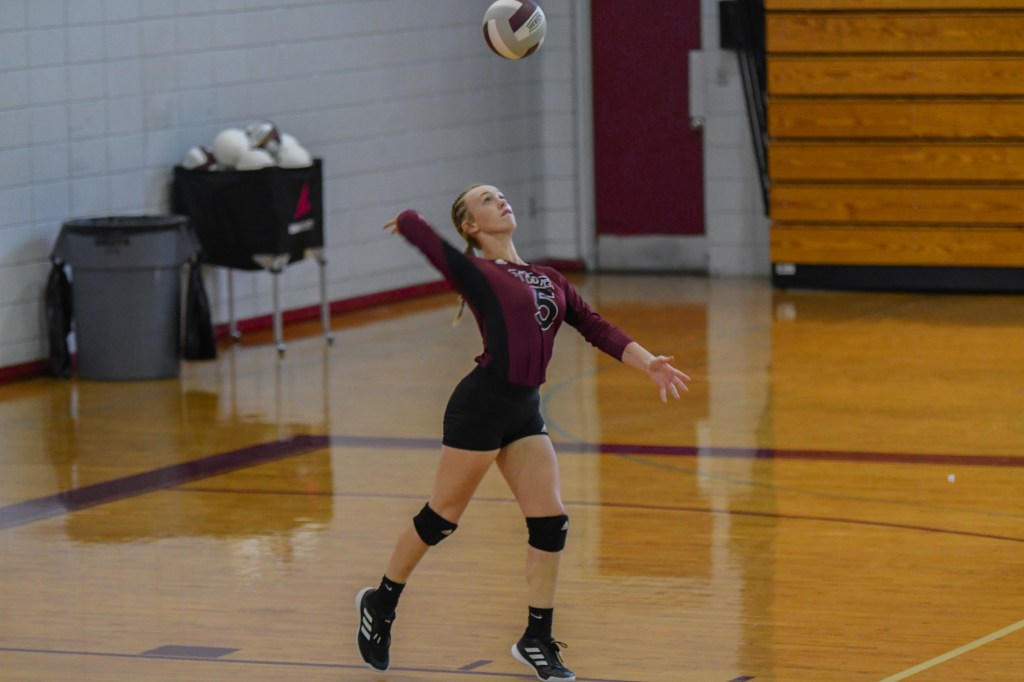 The Picayune Lady Maroon Tide are 1-6 after being swept by the Harrison Central Red Rebels Thursday night.

In set one, Picayune broke Harrison Central’s 3-0 run with a kill from Amiyah Marks. The Lady Maroon Tide narrowed the deficit to 7-6 after an assist and kill combo from Kaigyn Kulas to Barcley Martinez. From that point, Harrison Central made a run, scoring nine unanswered points to bring the score to 18-7. A serve error by the Red Rebels, and an ace by Marks cut the run and made the score 19-10. At 22-11 Picayune tried to mount a come back by putting up three points but it was short lived. At 23-14 the Red Rebels closed out the rally after Picayune failed to send the ball over the net.

In set two, Picayune tied the game at 4-4 after an Annaleigh Robbins assist resulted in a Brooklyn Wilson kill. Picayune took their first 5-4 lead after another Marks ace. Their lead was short lived again after Harrison Central went on a 5-0 run to lead 10-5 after their ace. The Lady Maroon Tide struggled on getting the ball over the net and containing Red Rebels serves. That fault unintentionally grew the Red Rebels’ lead to 19-8. Long rallies, aces and blocks went in the Red Rebels’ favor as they closed out the second set.

In set three, the Lady Maroon Tide led at 3-1 and 4-2 after a combo assist and kill between Kulas and Wilson. The Red Rebels tied the game at 5-5 after back-to-back aces. That lead then grew to 10-6. Harrison Central maintained their lead for the remainder of the game. Once Picayune came within two, Harrison Central answered with two or three scores. Before the game reached its end, Marks had a kill, Breauna Sparks had an ace and Kulas had two assists resulting in kills for Wilson and Robbins. At 24-17 a long rally was won by Harrison Central.

Stats: Kulas had six assists, Martinez had three kills and there were eight total kills as a team. Picayune had a lot of effort on defense making a team total of 16 digging plays.

Next Picayune will be on the road to play the Pearl River Central Lady Blue Devils. The match is scheduled for Aug, 29 at 6:30 p.m.