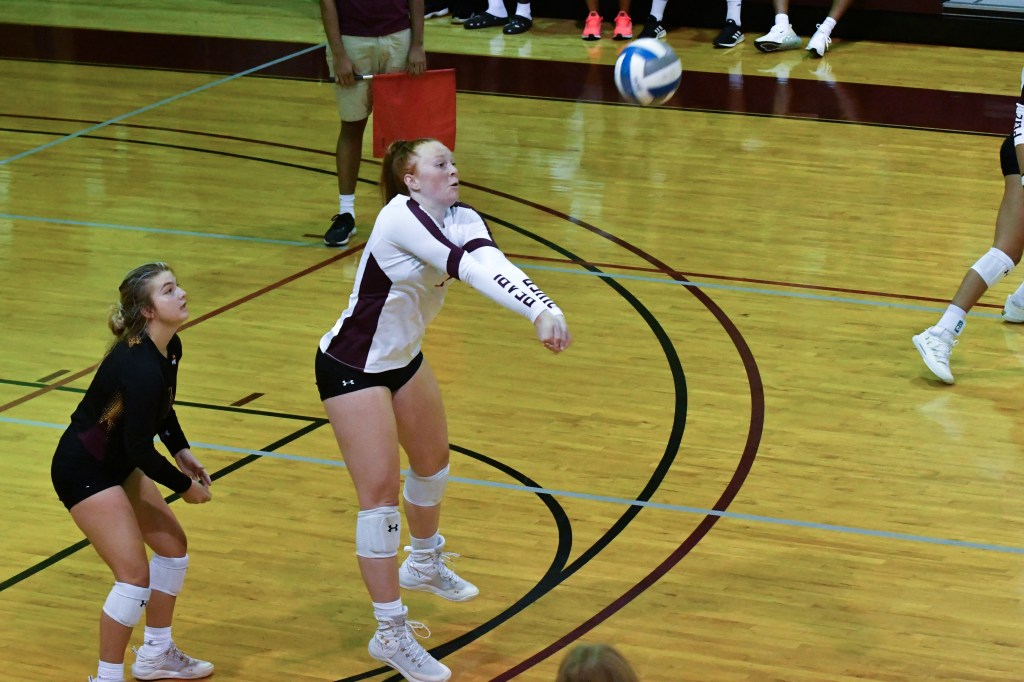 “We got to use a lot of our personnel in game one to see some different combinations as we are still learning with this team, so it was a big plus to still be able to come away with a win,” head coach Haley Chatham said. “We showed toughness in match two, but the youthfulness showed playing a much older team. Still, we have a team full of determined kids and I love how they never quit despite how things look throughout a tough match.”

The Wildcats (2-3 overall) opened on a 7-0 run in the first set to force an Owl timeout. After the Owls grabbed back-to-back points to make it 8-2, Addie McNeely (Brandon; Hartfield Academy) delivered a thunderous kill to end the small run.

From there, the teams traded blows with the score eventually settling at 10-4.

Pearl River went on another small run that included an Anna Claire Sheffield (Canton; Jackson Academy) ace and back-to-back kills by Natalie Bartholomew (Brandon) and Sammie Smith (Biloxi; D’iberville) to increase the lead to 14-4. The Wildcats never looked back after that, coasting to a 25-12 win.

The Owls (0-1) hit the ground running in set two, opening on a 6-0 run. The Wildcats were not fazed and responded by going on a 10-0 run through the serving of Julianah Overstreet (Vancleave).

The teams again traded blows with the score eventually reaching 17-12. The Wildcats went on another small run that included kills by Bartholomew, Smith, and Hannah Burks (Ocean Springs; Vancleave) to give Pearl River a comfortable 21-13 lead.

After a quick Owl response, the Wildcats went on another late run to claim set two 25-15.

Set three opened with neither team able to gain the advantage landing at a close 10-8 score with Pearl River holding a lead.

Lillie Franks (Ocean Springs) led the Wildcats on a small run through her serving which included an ace and extended the lead to 17-9. Pearl River eventually ran away with the set 25-13, claiming the match.

Pearl River opened the scoring in set one through a combination block from Overstreet and Sheffield.

After that, the teams traded blows with the score eventually settling at 11-9 in favor of PCC (1-0).

The Eagles held off a late Wildcat rally to take the set 25-20.

Set two started with back-to-back Overstreet aces to give the Wildcats the early advantage. The teams eventually found themselves deadlocked 11-11 after a Bartholomew ace.

The Eagles grabbed momentum after capturing a late 21-20 lead and propelled themselves to a 25-21 set two victory.

Set three was all Eagles as Pearl River couldn’t find its footing, falling 25-19.

Bartholomew led the way for Pearl River, tallying 11 kills between both matches.

Overstreet finished with two kills and led the team with four aces.

The Wildcats return to action Tuesday as they travel to Belhaven. The match is set to get underway at 6 p.m.