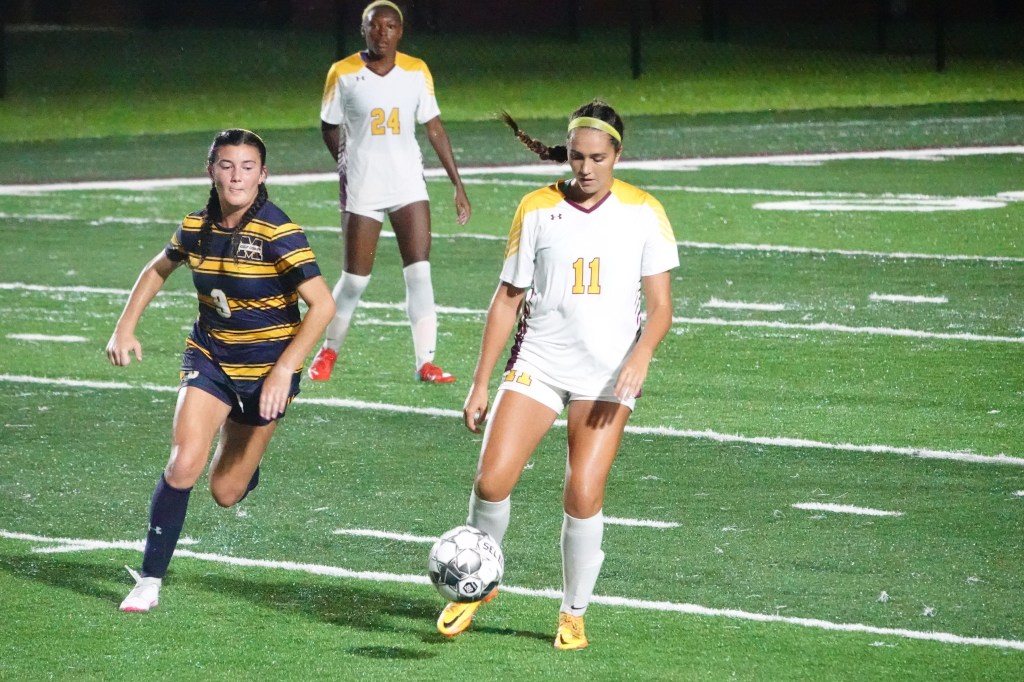 “The girls played really well today. It’s always big for their confidence, knowing that they can compete with some of the top teams in the country,” head coach Henrik Madsen said. “It’s just a matter of continuing to play and improve our game. We’re proud to pull out this win.”

Mineral Area (0-1 overall) opened the scoring in the early part of the contest, picking up a goal in the 13th minute to take a 1-0 lead.

Just five minutes later in the 18th minute, Bre Stansberry (Lucedale; George County) made her way into the Cardinal box before drawing a foul. Freshman Adele Mooney (Lafayette, La.; Ascension Episcopal stepped up to the penalty mark and slotted home her first Wildcat goal to tie up the game 1-1.

Right out of the midway point in the 50th minute, Pearl River (3-0) took a 2-1 lead. Ally Davis (Hattiesburg) got behind her defender and dashed for the box. The sophomore found Lucy Conway (Portsmouth, England) at the back post who knocked it home for the goal.

PRCC picked up another goal in the 60th minute courtesy of Emma Godfrey (Pascagoula; Resurrection Catholic). While the sophomore is usually found along the backline, she was subbed in at the striker position. Godfrey found an opening at the near post and Conway passed the ball to her for the goal and a 3-1 advantage.

“I had just put her in as a striker,” Madsen said. “We were looking at different options to see what everyone can bring to the team. We put her in and sure enough she scored two minutes later.”

The Wildcats picked up their last goal of the contest in the 70th minute of the day. Godfrey played a ball upfield to Ann Maris Ragan (Flowood; Hartfield Academy) who outran her defender, kept her composure and finished off the play with a goal.

The 4-1 lead was all PRCC needed as they held on to knock off Mineral Area.

After the match, Madsen highlighted the play of Jess Harrison (Gulfport; St. Patrick). Due to an injury to the usual Wildcat goalkeeper, the forward had to fill in at the position.

“Jess was great. If you didn’t know that she wasn’t a goalkeeper, it was hard to tell. She controlled the box and caught everything that she needed to catch. It was big time for her to step up and play goalkeeper in a college game when that’s not her normal position.”

Pearl River returns to action Saturday against Gordon State. The match will be played at Meridian and will kick off at 5 p.m.