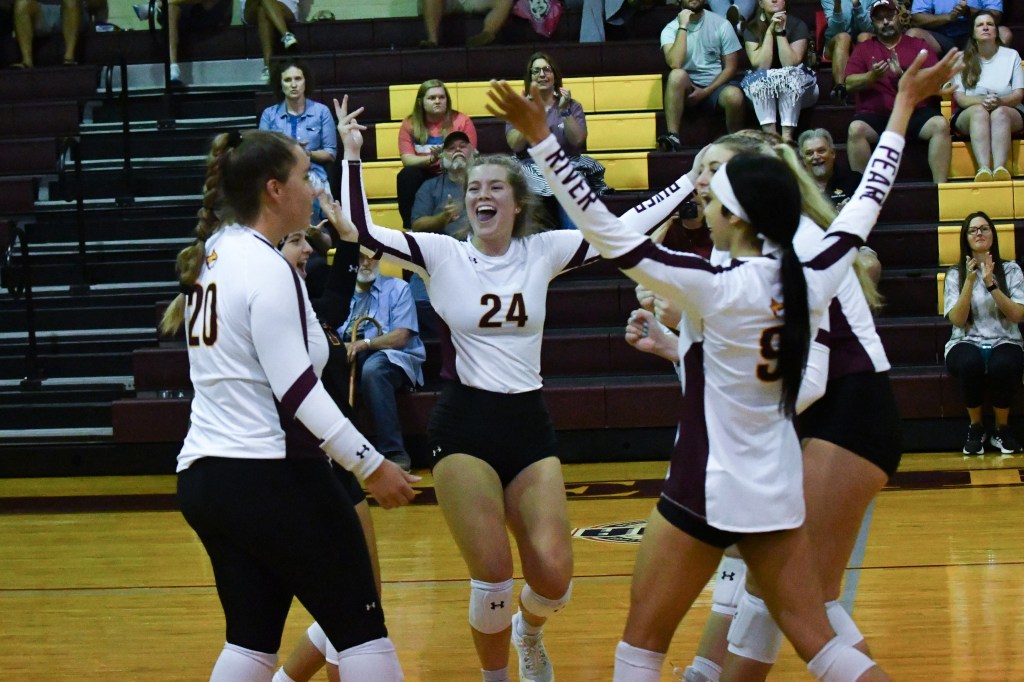 “I’m so pleased with the improvements from set to set today,” head coach Haley Chatham said. “The speed of this game is brand new for a majority of players, but they never backed down, kept their cool, and sped up each set.”

The Wildcats (0-2 overall) opened the scoring in the first set through three straight Julianah Overstreet (Vancleave) service aces. From there, a back-and-forth battle ensued with the Commodores (3-0) eventually pulling away thanks to a large run to claim the set 25-17.

Set two opened with the Wildcats again taking the lead, this time through a Natalie Bartholomew (Brandon) kill. Pearl River pulled ahead in the set, but the Commodores propelled themselves to a 25-17 set two victory via a late comeback.

The third set of the day saw both teams trade a series of runs before the Commodores found late momentum and claimed the third set 25-23.

The Commodores opened game two with a huge run and held off a late Wildcat rally to claim the set 25-19.

Set two followed the same pattern as set one with the Wildcats finding late momentum, but the Commodores were able to hold off the rally, taking the set 25-17.

Set three went much of the same way, but the Wildcats were led to a come from behind 25-23 victory through the serving of Bartholomew.

The teams found themselves deadlocked 13-13 midway through the final set of the day, but the Commodores again found late momentum and pulled away to win the set 25-15 and claim match two.

Bartholomew impressed in her Wildcat debut, tallying five kills. She also led the Wildcats on several runs thanks to her serving.

“Natalie was great all around today,” Chatham said. “She is getting used to a bigger block, but I have no doubt she will figure it out in no time and be a strong presence offensively.”

Addie McNeely (Brandon; Hartfield Academy) was a force up front for the Wildcats adding five kills of her own and a solo block.

“Addie had a breakout day out day offensively and defensively,” Chatham said. “She scored points and had a few stuffs.”

The Wildcats return to the court on Tuesday as they host Coastal Alabama – East. The match inside Shivers Gymnasium is set to get underway at 5 p.m.