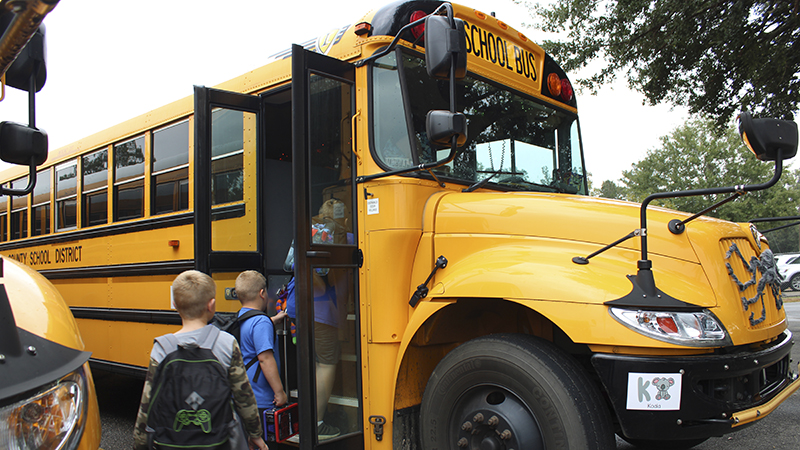 The Poplarville Police Department wants to remind motorists to keep an eye out for busses now that schools are starting a new year.

As the 2022-23 school year approaches, the Poplarville Police Department urges all motorists to be aware when school busses stop to load and unload children.

“The negligent practice of drivers failing to stop for a school bus which has its stop sign and red lights activated is a serious problem which has been observed in Pearl River County over the past several years,” said Poplarville Police Officer Charles Kelley in a written statement.

The act of failing to stop for a stopped school bus with its emergency equipment activated is known as a Stop Arm Violation.

According to information obtained from Poplarville, Pearl River Central and Picayune school districts, there were over 400-stop arm violations reported countywide during the 2020-21 school year.

Title 63 of the Mississippi Motor Vehicle Code Statute applies to all vehicles in the process of meeting or overtaking a school bus on a roadway. The law states that any vehicle approaching a school bus in the process of loading or unloading children must come to a complete stop at least 10 feet from the school bus. That vehicle must remain stopped until the bus driver deactivates the stop sign and flashing red lights.

The Poplarville Police Department wants drivers to keep in mind that according to the statute, if the driver of a vehicle committing a stop arm violation cannot be readily identified the registered owner is held responsible and charged for the violation.

The minimum fine for a stop arm violation is between $350 and $750 for the first offense and can result in imprisonment for up to one year.

“The Poplarville Police Department takes the safely of our children very serious, and will prosecute school bus arm violations to the fullest extent of the law. Remember, watch out, and be safe. Our children deserve the opportunity to travel safely to school and back again,” said Kelly.