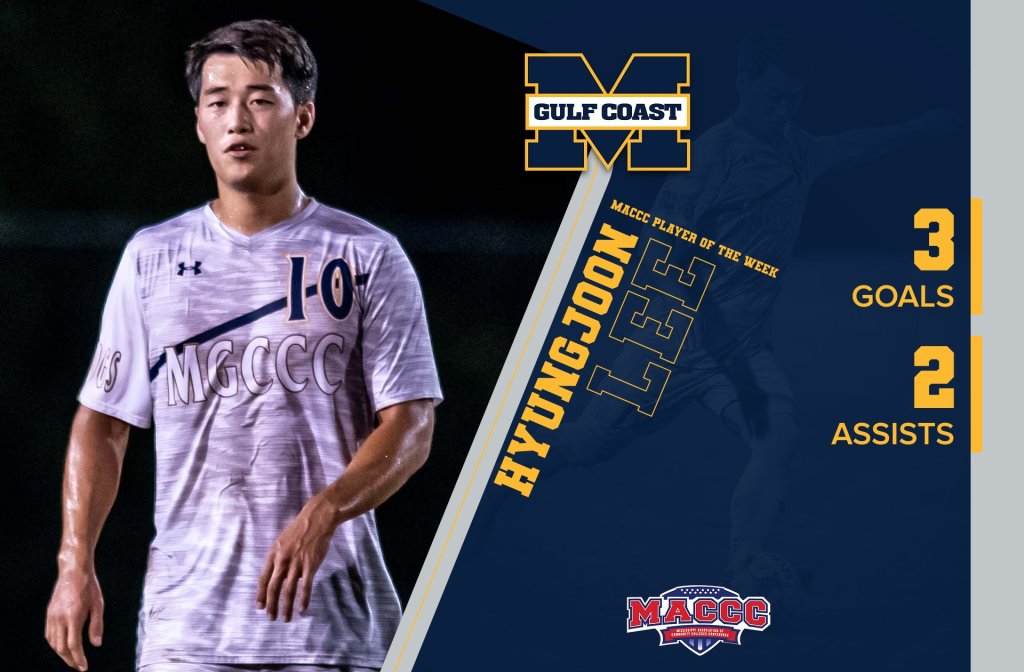 The sophomore midfielder from Suwon, South Korea, scored three times for No. 9 Gulf Coast during a 1-1 week. He scored in a 3-2 double-overtime loss at then-No. 3 Georgia Military on Saturday night

In a 14-0 shellacking of Andrew College on Sunday afternoon, Lee scored twice and set up another.

He leads the MACCC in scoring with five goals this year and is tied for second with two assists.