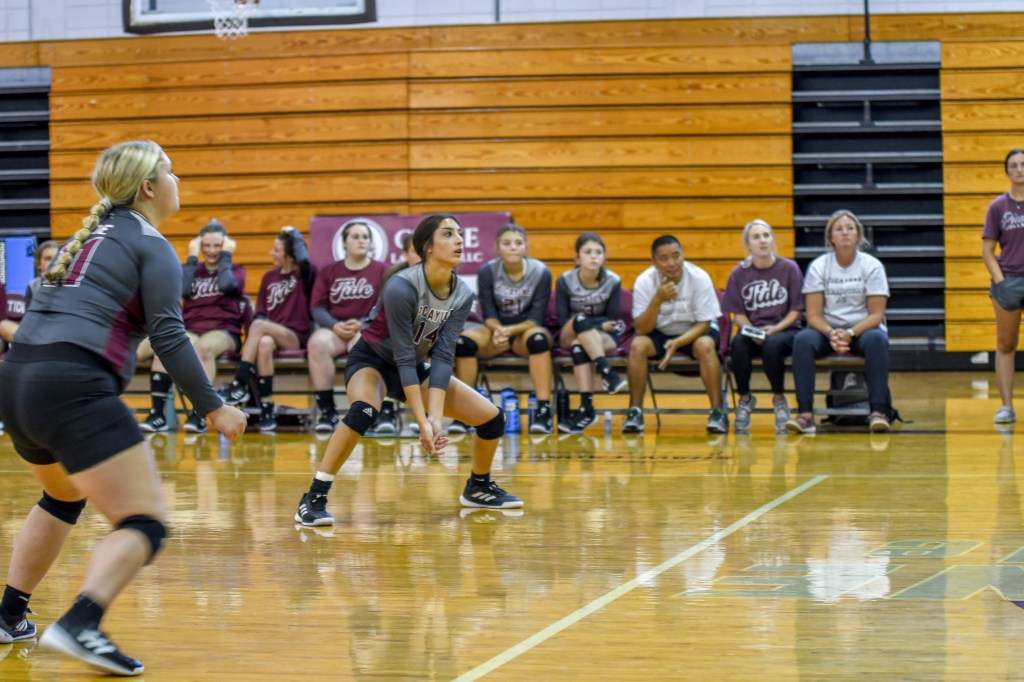 The first full set game of the season was a talented matchup between the Picayune Maroon Tide and the Pass Christian Pirates.

Both teams went back and forth for five sets but the Pirates got the upper hand, winning the final set 15-12. This loss puts the Lady Maroon Tide 1-3 on the season.

The Lady Maroon Tide trailed the entire first set. Their closest deficit was early, 8-6. They stayed close to the Pirates until the end, refusing to fall behind by more than six points.

In the second set the Lady Maroon Tide led 8-5. During that sequence Amiyah Mark had a block and one ace, Barcley Martinez had a spike from the back row and Reese Sorrells had a kill.

The lead grew to 14-10 after a Martinez kill, 17-15 after a Mark kill, then 21-16 after a Nevaeh Robertson spike. The Lady Maroon Tide closed out the set with a kill by Annaleigh Robbins.

Set three was a battle, there were over four lead changes and the Lady Maroon Tide held their own to win. Picayune led 8-6 after back-to-back aces from Mark and back-to-back kills from Robbins. The match was tied at 8-8 then at 14-14 then again at 17-17 after Kaigyn Kulas made the tying spike. Pass Christain led 22-20 but an assist from Sorrells to a Robbins kill, then an ace from Robbins and a kill from Mark reclaimed their lead at 23-22. The Lady Maroon Tide closed the set out with a Hayley Pascal ace.

Set four was a rough beginning for the Lady Maroon Tide. The Pirates were in complete sync and grew a 10-4 lead. Their rhythm eventually died out and Picayune responded by cutting the deficit 12-10. They stayed close with several ace hits, and kills but the Pirates lead grew 20-15. A kill by Sorrells and ace by Mark made the score 23-19 but the Pirates closed the set with back-to-back scores.

The start of the final set was just like the last. The Pirates grew an 8-0 lead. The Lady Maroon Tide’s first points came after a team block at 8-1. The score reached 13-12 after a Martinez kill but the Lady Maroon Tide failed to make a comeback and lost 15-12.

Next, the Lady Maroon Tide will play in a Pass Christian tournament this Saturday then play the Gautier Gators (5-0) on Tuesday, Aug. 23 at Gautier.