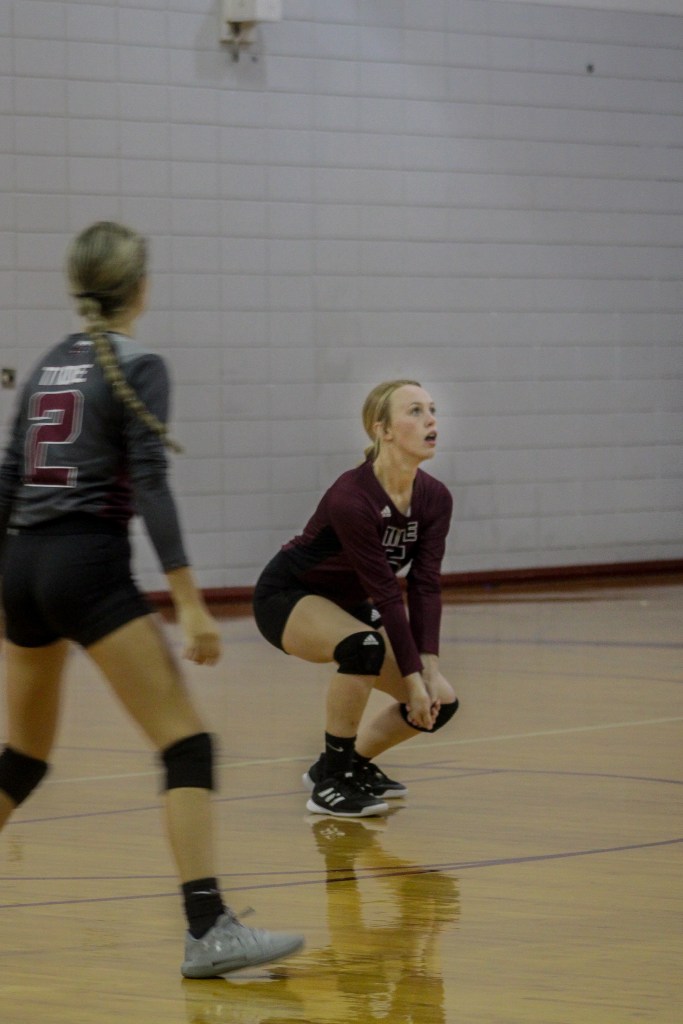 The Lady Maroon Tide are 1-2 on the season after a four set loss against the Purvis Tornadoes Thursday.

In set two, the Lady Tide trailed 3-0 until Marks’ kill put them on the board. They tied at 5-5 after an ace from the Tornadoes. The Lady Maroon Tide led for the first time after an assist and kill combo from Kaigyn Kulas to Sorrells. But the Tornadoes reclaimed the lead after back-to-back aces. Martinez rainbowed the ball over the net for a Lady Maroon Tide score but they still trailed 14-9. Picayune tried mounting a comeback and kept the game within four points but didn’t clinch the win.  During that sequence Sorrells had back-to-back kills, Martinez had back-to-back aces, Annaliegh Robbins had a kill and Sorrells had another kill off an incredible no look pass from Kulas.

In set three Picayune needed to win by two points as the game was tied 24-24. What led to the final score were multiple kills from Sorrels, and Martinez.

Both teams had intense rallies and it seemed neither could dust the other off once they gained a one or two score lead. With the score tied at 22-22, Martinez had back-to-back aces for a 24-22 lead.

The Tornadoes played solid defense and converted their own ace to tie the game 24-24. From there the Tornadoes scored back-to-back, stealing a 26-24 final on the road.