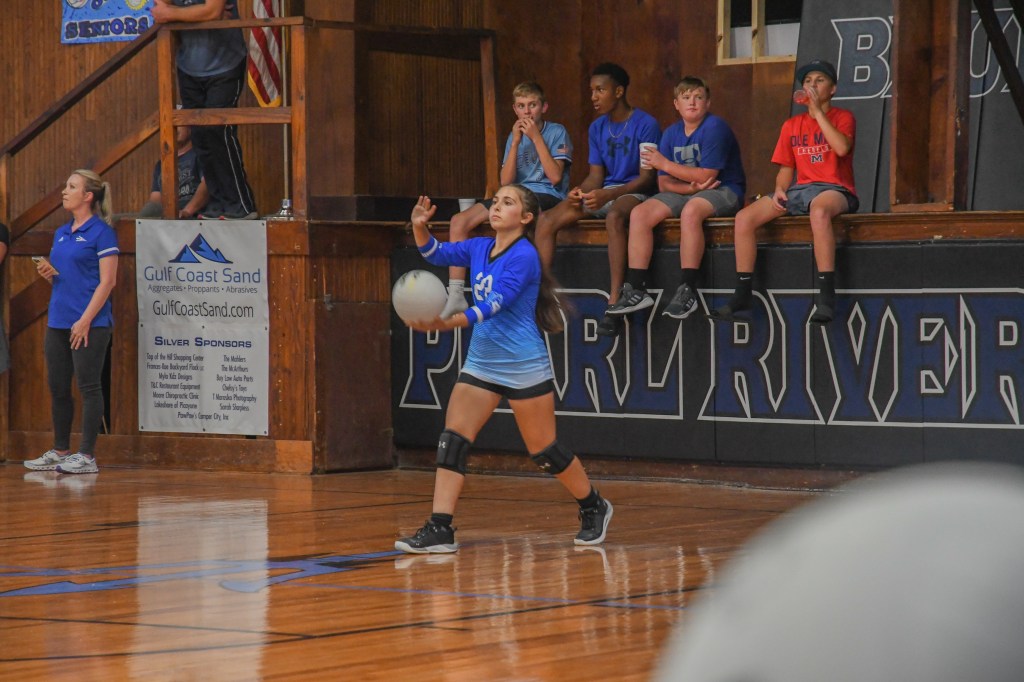 The Pearl River Central Lady Blue Devils (2-4) suffered their second loss in one week. They played the Stone Tomcats (1-3) this past Tuesday in four sets. The Lady Blue Devils won the first set then the Tomcats controlled the last three. What separated the two teams in the sets outcome were PRC’s errors.

“Our girls, when they are playing, play really well, but we lost about 27 points to missed serves and you can’t do that,” said Head Coach Nicole Brown.

Due to the loss, Brown looks forward to running it back against Stone in September. PRC dug themselves into a hole against Stone after the first set. Serving was a big issue for the Lady Blue Devils, costing them leads and points but Brown is placing that issue as priority on her list of things to improve.

“We really competed well against them, we kind of beat ourselves in some of the sets. They are a really good team but there were a lot of close sets. One set was 25-22, without the missed serves we would of done well in that set,” said Brown.

Next, the Lady Blue Devils will travel to play the Long Beach Bearcats (9-1) this Thursday. There will some new faces during this varsity game. Brown will be moving some players up from JV for this match and experiment with some different roles. Their main focus come game time is to prevent losing out on points and giving away free ones.

“If we can keep the ball in play then I think we’ll compete well and we can come out on top,” said Brown.