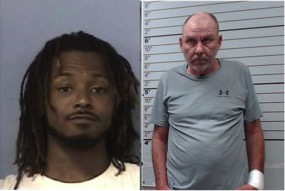 26-year-old Darielle Davone Sparks, from Marion, Arkansas was arrested and charged with six counts of promoting prostitution and attempted aggravated assault on a peace officer. His bond was set at $850,000. 62-year-old John Edward Massengill, from Baldwyn, Mississippi, was arrested and charged with human trafficking of a minor, and child exploitation. His bond has been set at $200,000.

“The Human Trafficking Unit of the Mississippi Bureau of Investigation is continuing to execute operations to identify and remove these criminals from our communities and protect those who are vulnerable and victims of human trafficking,” said Commissioner Sean Tindell. “Great job to all who had a hand in this operation!”

If you suspect someone is a victim of human trafficking, please call the National Human Trafficking Hotline at 1-888-373-7888.