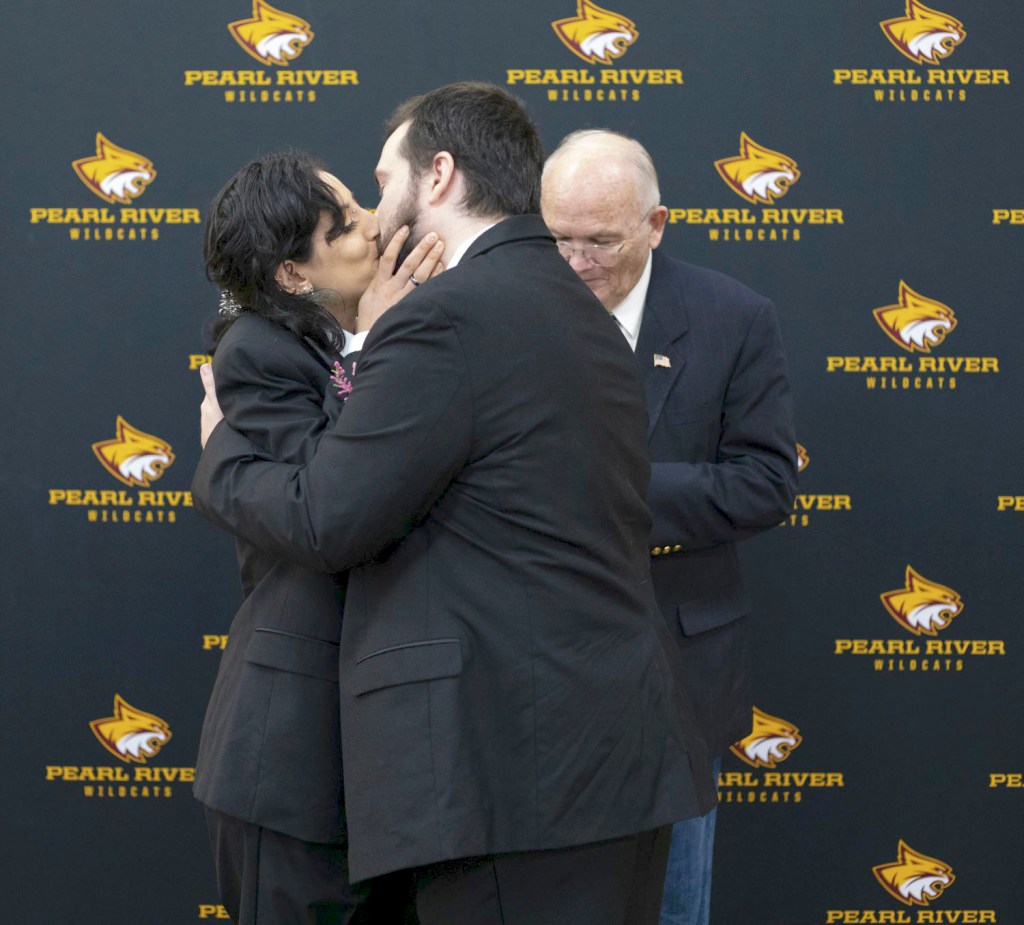 HATTIESBURG, Miss. – Pearl River Community College had such an impact on Monica Amaya and Tim Polley that these former Wildcats decided the Forrest County Campus was where they wanted to get married.

So that’s what they did – Monday afternoon in the Dr. Cecil Burt Special Events Room. They were hoping to be married at the FCC bridge over the creek but rainy weather forced the ceremony inside.

“We are both very excited to begin this new part of our lives together three years after we first began dating,” said Polley. “We both would just like to thank the kind staff at PRCC for providing us a place filled with such good memories and their cooperation in our little marriage plans.”

“Dr. Hornsby was one of the most memorable and enjoyable teachers we both took while at PRCC,” said Polley. “In addition to being where we first met, we both remembered that he mentioned that he officiated weddings so it just seemed appropriate to seek him out and go back to where we began.”

Hornsby is a retired captain, U.S. Navy. As a chaplain he has conducted more than 100 weddings.

“I taught these two students in a 2017 English class,” he said. “They were good students. I had no idea about their relationship, and they just asked me to perform their wedding.”

Wedding venues at sites like the Forrest County Campus is nothing out of the ordinary for Dr. Hornsby, who has conducted more than 30 weddings at the Naval Academy.

“I’ve conducted them in Vietnam, on ships, in a submarine, atop the Empire State Building, on top of the Space Needle in Seattle, and on the wreck of the USS Arizona in Pearl Harbor,” he said.

Amaya was born in El Salvador but has lived in Picayune and Hattiesburg since her first birthday. She attended Oak Grove High School and has since gotten a B.S. degree in Finance from the University of Southern Mississippi.

Polley was born in Concord, Calif., and moved to Hattiesburg with his family at around age 6. He attended Hattiesburg High School and worked for a while before deciding to return to college at age 30. He is finishing up a Computer Engineering degree at USM.

Said Polley, “I’ll be looking to land a job in the tech industry soon, and we’re still unsure where that will take us.”