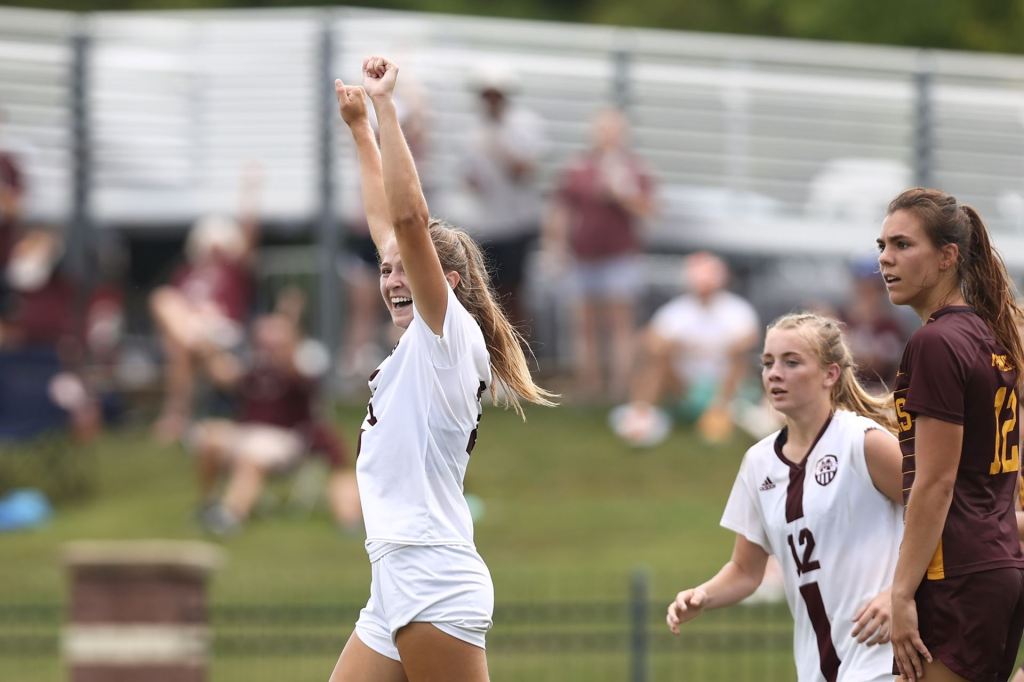 “It’s a total team effort,” head coach James Armstrong said. “Today was a dogfight; not the prettiest of games, but it’s all about who’s going to win the most first-balls, the most second-balls and thankfully for us, today, we had some really good plays in that area.”

Both teams battled back and forth in the opening half of Sunday’s contest. Neither squad would find the back of the net, as both teams would record only four shots. MSU’s best chance came off a corner in the 19th minute. Canadian captain Andrea Tyrrell headed the ball on goal, but was saved off the line by the Minnesota (0-3-1) defense.

Although State only recorded three total shots in the final 45 minutes, the Dawgs would only need one. For the second consecutive match, Wadsworth gave MSU the go-ahead goal, this time coming in the 52nd minute. Sophomore transfer Haley McWhirter won the ball at the top of the box before passing it off to Hannah Telleysh on the wing. From there, Telleysh would play a beautiful, one-touch ball toward an oncoming Wadsworth who slotted it home.

“The girls are bought in and everyone’s contributing one way or another,” Armstrong added. “This is what we’re going to be seeing in the SEC, so this is a good moment for us. We’ve learned a lot of lessons so far from the [non-conference] opposition, and we’re looking forward to playing South Alabama next Thursday.”

The win also secured Maddy Anderson her third shutout of the season. The Seabrook, Texas, native’s nine total shutouts now has her sitting in a tie for fourth, overall, on the MSU career shutout list. In only four matches of the 2022 campaign, State has recorded three shutouts and back-to-back shutouts for the first time since spring 2021.

State improves to 3-0-1 to stay undefeated in non-conference play. The Bulldogs will return to action Thursday (Sept. 1) against South Alabama (2-0-1) in the third of four-straight home matches for MSU.