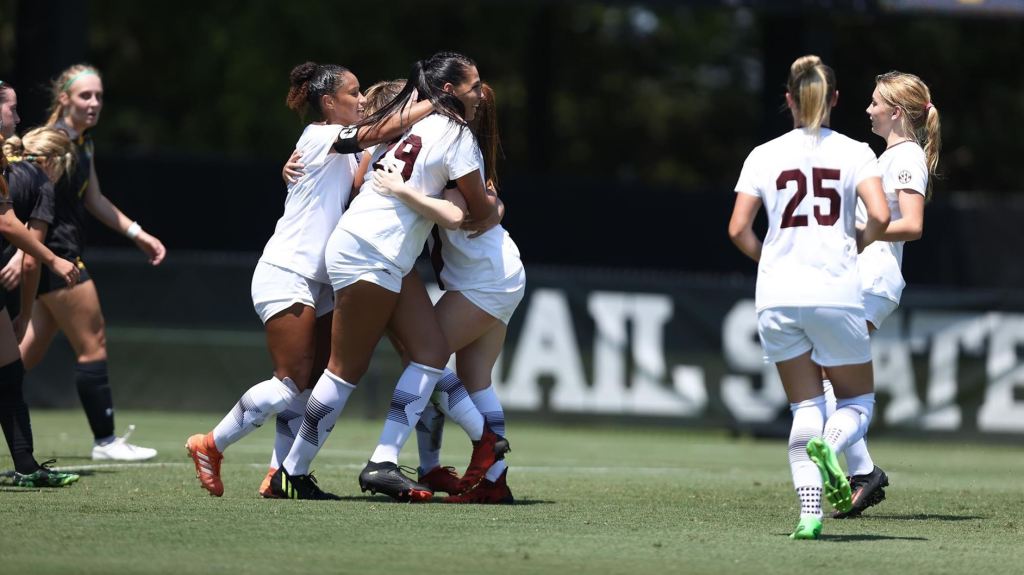 STARKVILLE – It only took 29 minutes for the flood gates to open for the Mississippi State soccer program. One goal in the first half followed by three in the second helped secure the 4-0 victory over the Southeastern Louisiana Lions in the final exhibition match of the 2022 campaign.

Sunday’s match marked the first time in 10 years the Bulldogs matched up against the Lions. The four goals scored by the Maroon and White were the most scored in the series since 1995.

The opening goal of the game came in the 29th minute off a back-heel touch from graduate senior Hannah Telleysh, with a pair of Bulldogs grabbing the assist: Alexis Gutierrez and Ally Perry. It would be the only goal of the opening frame.

Senior goalkeeper Hannah Pimentel switched out with Maddy Anderson to start the second half. The Flowery Branch, Ga., native would stand in goal for the entire second half, aiding Anderson in securing the second shutout in as many games for MSU.

It would only take MSU eight minutes in the second frame to secure the two-goal lead – and it wouldn’t be the last goal scored. In the 53rd minute, graduate senior Gwen Mummert netted her first goal of the season to make it 2-0 State before Olivia Simpson also found her way onto the scoresheet in the 60th minute. With five minutes remaining, Telleysh secured her first brace of the season, heading in her second goal of the day to make it 4-0 Dawgs.

Mississippi State now moves to 4-0-0 all time in the series over Southeastern Louisiana. The regular season for head coach James Armstrong‘s crew will begin Thursday, Aug. 18, in a road matchup against the University of Miami (FL). The match is scheduled for a 6 p.m. CT kickoff.