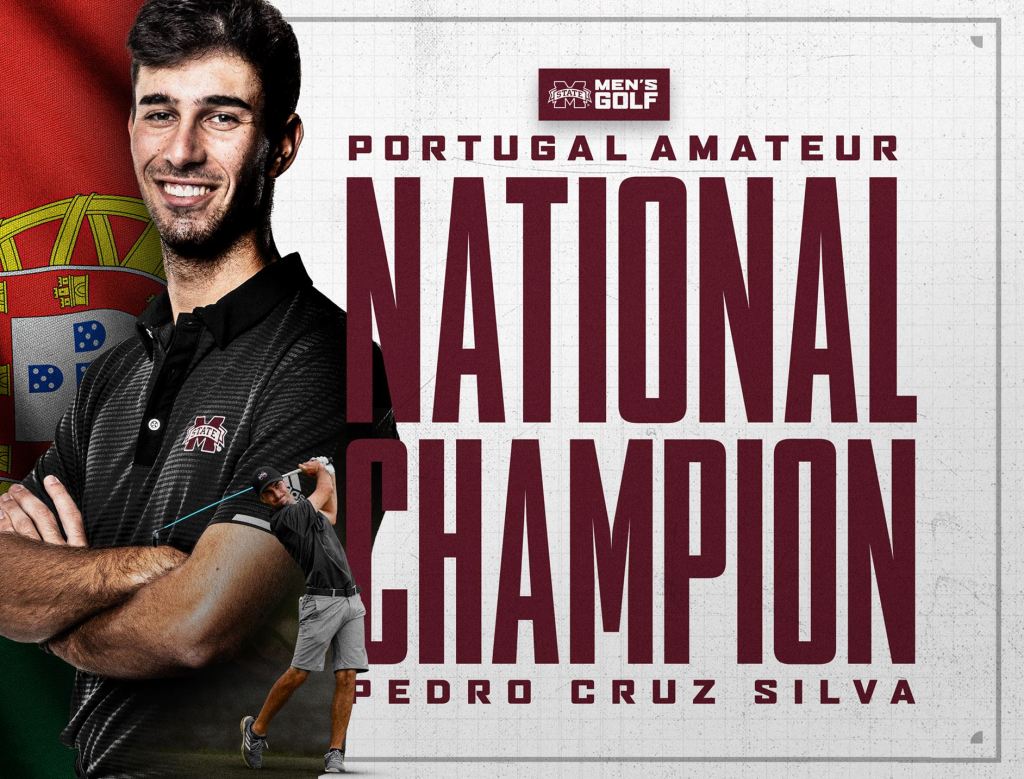 He was one of two golfers to never shoot above par across the four-round tournament along with professional champion Pedro Lencart Silva.

“I was in doubt for the tournament because before I had been seven days in a row without touching the clubs, on vacation,” he explained. “Fortunately, they convinced me to participate. I feel I made the right decision, because the title of national amateur champion – which I had been chasing for a long time – means a lot to me.”

The third round was Cruz Silva’s most impressive. He shot five birdies on the back nine to go along with three on the front nine. His 68 (-4) was tied for the third-lowest round by any golfer over the four rounds and trailed only professional champion Lencart Silva’s 6-under 66 and 7-under 65.

Cruz Silva and Mississippi State open the fall portion of the 2022-23 schedule on September 7 at the Frederica Cup in Sea Island, Georgia.