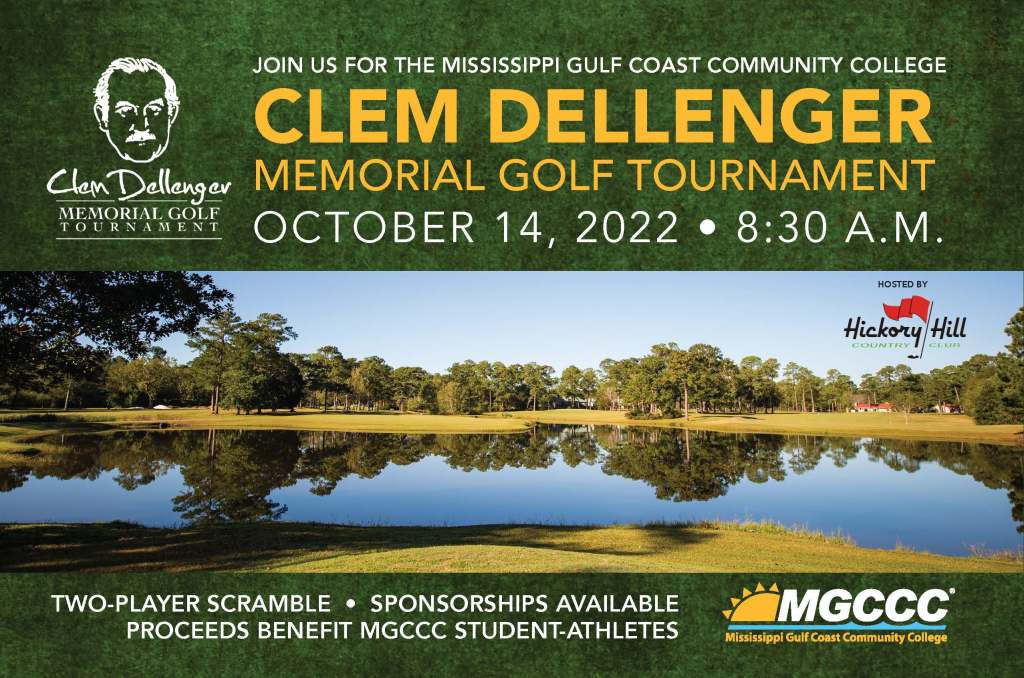 The major fundraising event for the Bulldog Club will kick off Mississippi Gulf Coast Community College’s Homecoming Weekend. A shotgun start will take place at 8:30 a.m.

Participants pay $100 each for the two-person scramble, and individuals will be teamed with a partner if they aren’t part of a team. Hole sponsorships are available for $100. Find more information and register at http://mgcccbulldogs.com/dellenger.

The registration fee includes donuts and coffee before the tee-off, and lunch after your 18 holes are complete. There will be prizes awarded for every participant.

A longtime resident of the Gulf Coast, Clem Dellenger was born in Biloxi. He was a graduate of Notre Dame High School in Biloxi and Tulane University, where he lettered in football and baseball. Dellenger coached 25 years at MGCCC as a member of Coach George Sekul’s staff, and helped contribute to the Bulldogs winning the 1971 National Championship. He served as assistant principal at St. John High School in Gulfport from 1992–2000. He passed away on September 16, 2007, and was posthumously inducted into the MGCCC Athletic Hall of Fame in 2008.

The Bulldog Club supports Gulf Coast’s student-athletes in 11 intercollegiate sports. Join the club at http://mgcccbulldogs.com/bulldogclub. More information about Homecoming will be available at https://mgccc.edu/alumni/homecoming/.