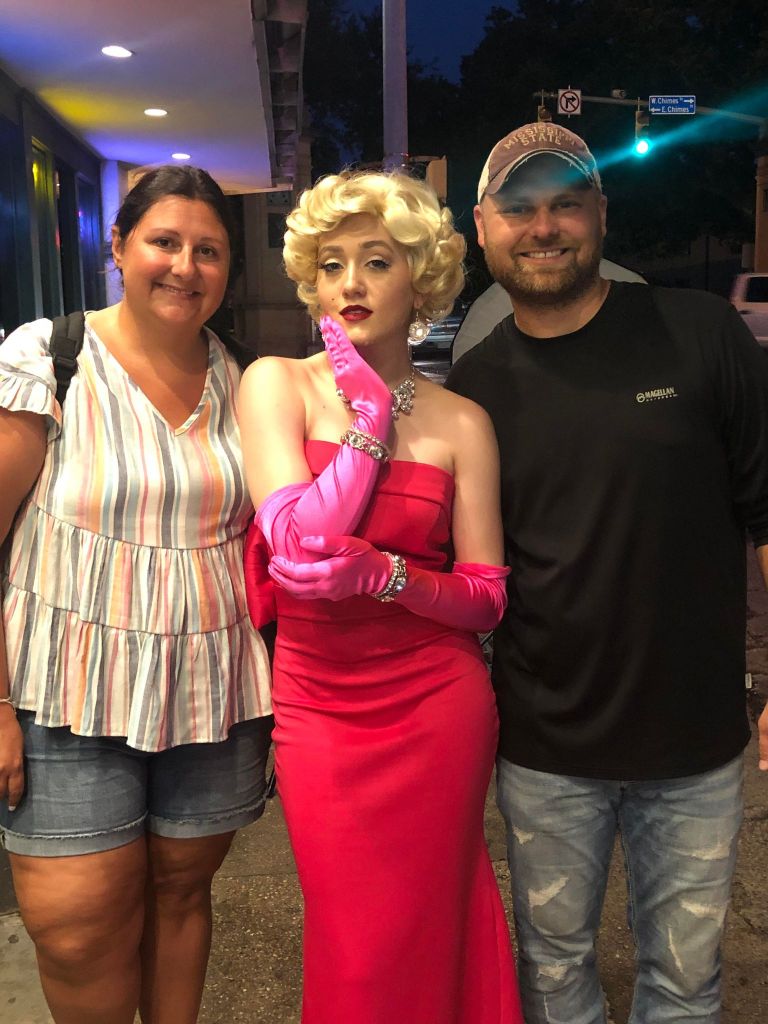 From left are Tiffinie Hill, model Jesi Abney and Andrew Hill during their photo-shoot in Baton Rouge, La.

Carriere photographer, Andrew Hill, never heard of Lensational Model & Photographer magazine until representatives from the photography focused publication direct messaged him on Instagram about a recent post on his account. The pictures Lensational inquired about were from a shoot Hill conducted in dedication of American actress Marilyn Monroe. Now one of those shots graces the cover of Lensational magazine’s July edition, issue 153.

“They actually reached out to me, they asked me to please submit this image and that they’d like to feature it in their magazine,” said Hill.

Hill was happy to submit his photo, shortly after Hill saw his photo as the cover.

“I didn’t even know that was going to happen. I thought it might be a small picture in the magazine on a page somewhere,” said Hill.

Hill’s photo for the cover of Lensational is a black and white portrait of Louisiana model Jesi Abney, who is portraying American actress Marilyn Monroe. Hill and Abney collaborated for the shoot on July 17 in an old part of Baton Rouge, La. Hill said the shoot was based on Marilyn Monroe and the 60th anniversary of when Marilyn Monroe passed away on Aug. 4, 1962.

“We did recreation shots, like the iconic white dress picture, and things like that,” said Hill. “We took a lot of different ones, they just happened to pick that one.”

Hill was not compensated for his image but in exchange he’s gained a very reputable business connection. Hill explained by saying that every photographer or model featured in Lensational is forever placed on their website directory page called Lenseekers. This provides companies a method to find photographers and models and potentially work with others.

“We’re permanently listed on their website now, an oblivious potential to have more pictures published in their magazines at a later date,” said Hill.

Lensational is a magazine is based out of the United Kingdom. According to the publication’s website, Lensational is an upscale model and photographer magazine. It’s published weekly, featuring high-quality photography. The mission is to provide photographers and models an opportunity to showcase their work on a platform that promotes creativity, originality and authenticity.

After most shoots Hill shares pictures on social media, typically through Instragram and Facebook. He posted the black and white portrait and the famous white dress pose on his Instrgram.

“Somehow they stumbled across it,” he said.

Hill said his interaction with the magazine was “pretty cool.” He said he was also blown away when he saw his photo was selected for the cover.

“Especially being that it’s a magazine that is distributed world-wide, anybody can purchase a copy, order it or subscribe to it. And to be featured amongst other photographers from all over, that’s really neat, I mean not just here in the U.S, but people from all over,” said Hill. “It was a very unexpected moment, a real wow moment.”

Having his photo on a magazine cover for the first time in his career is a big accomplishment, but it also added to Hill’s drive to do it again.

“It makes me want to strive to have some pictures published in more and larger well known magazines,” said Hill.

Hill’s been a photographer for over 4 years. In 2018 he turned it into a full time business, teaming with his wife Tiffinie Hill. She handles all the business aspects while Andrew takes the pictures.

“None of this would be possible with out my wife. I want to make sure she gets her credit…I basically take the pictures and edit them, she does the business side of it, putting all the shoots together. And if I have an idea in my head she makes it come to life. She glues the whole business together,” said Hill.