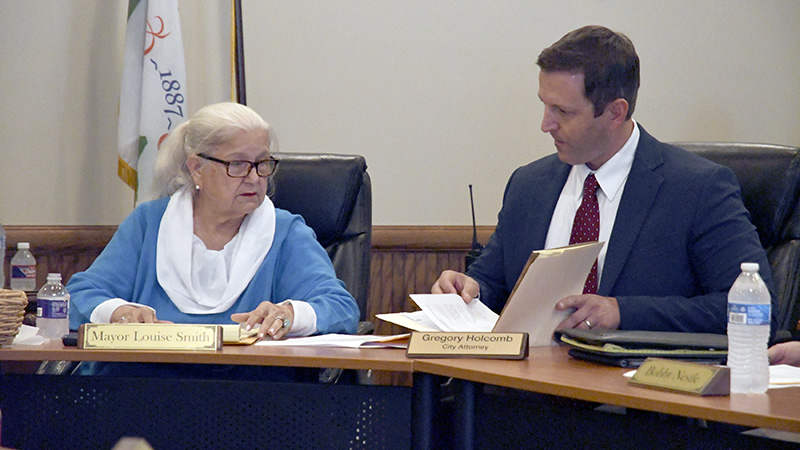 In previous meetings with Lamb, the Board stated the goal was to budget work on North Main Street to be under $75,000. Unfortunately the two bids they received exceed that figure. JCL Contracting quoted repairs to North Main Street at $122,825, and Holliday Construction quoted $124,750.

“This is a testament to just exactly how quick prices accumulate on the construction projects,” said Lamb.

Because of the price, work to North Main Street will take place after the repairs to Roy Street and South McGehee Street are complete.

According to Lamb, the contractors understand the severity of these roads along with lack of soil compaction in the ground. He suggested the contractors tackle each project by digging down and fixing the foundation then build the road back up from there.

“These areas, for a long time, have been telling us that there is an issue,” said Lamb.

Lamb said the contractors agreed with him.

With so much damage already done to the streets’ foundations, Alderman Daniel Brown doesn’t want to cut corners or, “Put Band-Aids on stuff,” he said.

“If we don’t have a good foundation, we’re in trouble. As long as we have that foundation that’s the solidarity for everything on top of it. We do not cut corners on foundation, period. So to me whatever we got to do to make it solid, it’s got to happen,” said Smith.

The Board’s message to the public is that while each member would love to add black top to all streets, there is a very serious infrastructure issue that needs to be addressed first.

After discussion of the matter, the Board took the information under advisement. The biggest take away is the Board favors doing one project this year maybe starting with South McGehee Street then complete the Roy Street project in 2023.