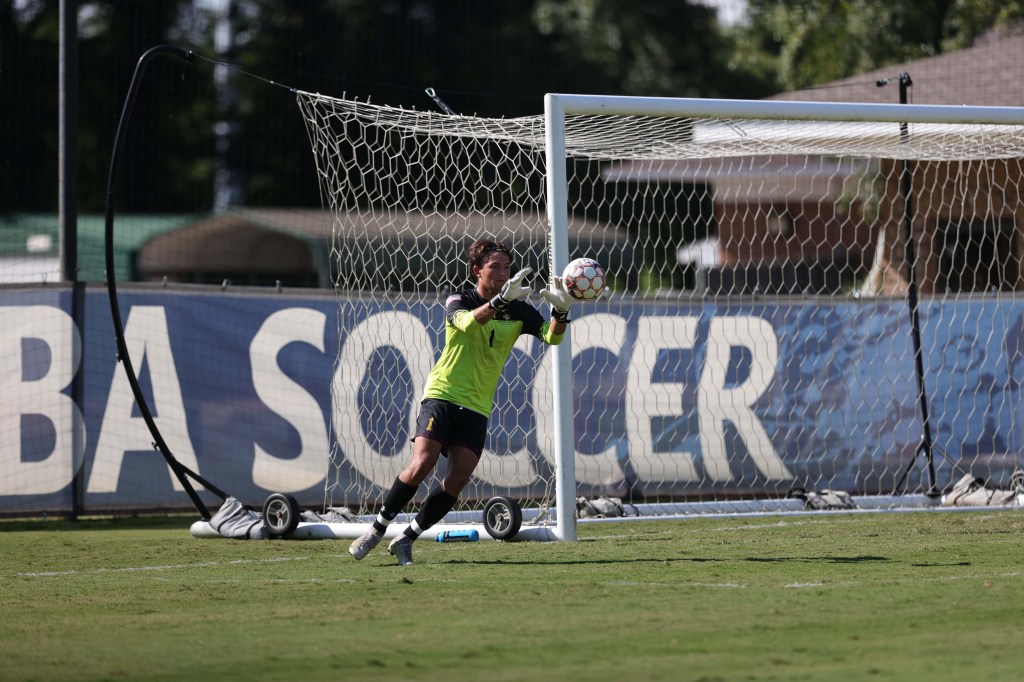 FULTON, Miss. — The No. 5 Pearl River men’s soccer team had a large task in front of it Saturday, playing in a match for the second day in a row. The Wildcats proved they were up for the challenge, using a late goal to knock off No. 20 Mineral Area 3-2.

“I wanted as much of a challenge as we could get going into this game so that we could prepare for the rest of the season,” Pearl River coach Drew Gallant said. “I think we got that challenge with the heavy legs. The body just can’t handle two games in two days, especially in this heat. It was a lot for the boys, but it was exactly what we were looking for. We were resilient and came out with the victory.”

Pearl River (2-0 overall) came out of the gate hot, finding its first goal of the day in just the 4th minute of the match. Christopher Dommer (Rungsted, Denmark.) had a free-kick opportunity that he booted into the box. Alex Emery (Gulfport; West Harrison) broke free, got a touch on the ball and slid it past the Mineral Area (0-1) keeper for the early 1-0 lead.

The Wildcats doubled their advantage in the 40th minute as Dommer was able to net his first goal in the maroon-and-gold. A ball played into the box by Ethan Boles (Gulfport) found a sprinting Dommer who was able to get a touch on the ball and tap it in to make the score 2-0.

The Cardinals cut the lead in half in the 50th minute of the evening to make it a 2-1 match.

MAC continued to battle back and eventually tied up the match 2-2 in the 77th minute off of a free kick.

While it looked like all of the momentum was in favor of the Cardinals, the Wildcats didn’t quit. With just four minutes left in the match, Luke Hopkins (Clinton) passed off to a wide-open Emery who cut across the box and finished off the chance in the bottom corner of the net, picking up a brace in the process.

Pearl River held off Mineral area over the next few minutes of the contest to secure the 3-2 victory.

The Wildcats hit the road Wednesday for a matchup with Paris Junior College. The match is set to get underway at 1 p.m.