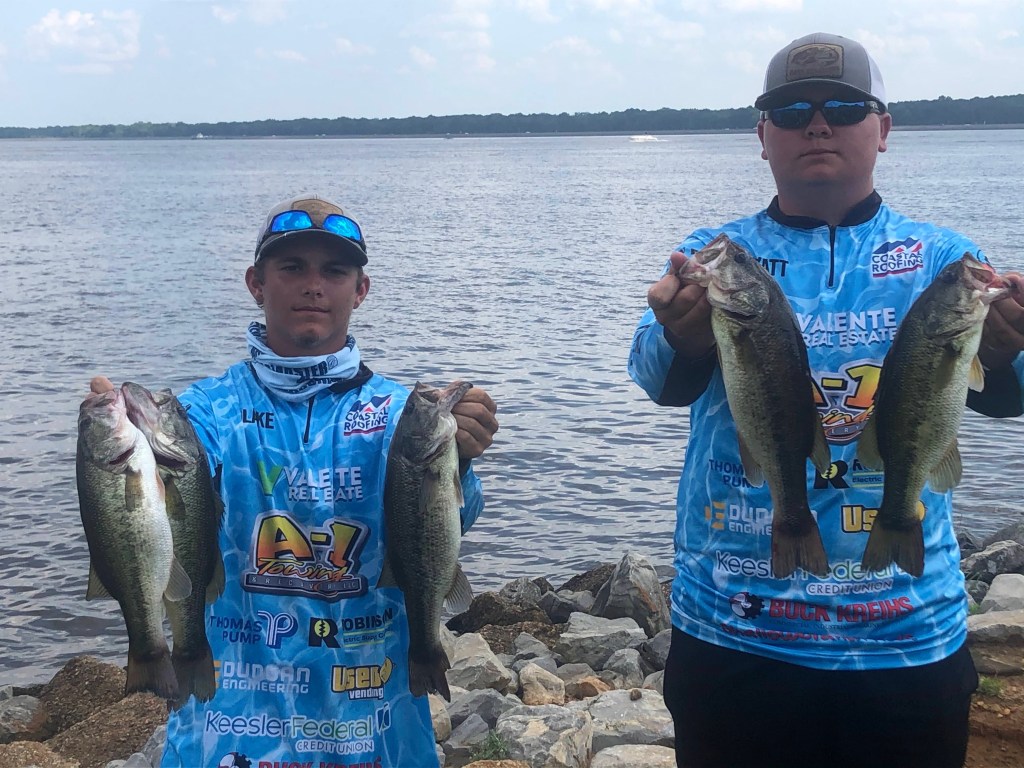 This past May, Baughman and Hollifield competed in the Southern Mississippi High School B.A.S.S Nation in the Ross Barnett reservoir near Jackson as part of the local fishing teams named the Picayune Riptide and PRC Bass Assassins Club. There they placed 12th.

Baughman’s been bass fishing since he was 11-years-old and Hollifield started when he was between 4 and 5. Fishing turned competitive for Baughman when he reached the eighth grade and joined Picayune’s fishing team. Hollifield said he has been fishing long before learning about tournaments.

“For a long time actually, way before I knew about tournament fishing I just did a lot of it for fun and on the weekends and truly any chance I got to,” Hollifield said.

Baughman hopes a good performance at nationals will lead to college offers to fish while attending classes. Hollifield will be a senior at Picayune Memorial High School this year. After graduation, he said he would really like to compete at the college level.

“When we got down there it was a little bit different than we expected it to be,” said Baughman.

Hollifield said they had to scramble for catches, eventually catching enough to put them near thirtieth place. On the second day, Baughman and Hollifield said they built momentum and pulled up 8 total pounds, putting them in 12th place. The largest bass fish they caught was around 2 pounds, which is an average size.

What qualified Baughman and Hollifield for the Abu Garcia Bassmaster Championship was their overall performance in four bass tournaments. Southern Mississippi B.A.S.S Nation was the final of four tournaments. A point system is used to rank the best fishermen and the top three scores at the end of the four tournaments act as qualifiers for the championship in South Carolina. Baughman and Wyatt placed fourth just outside qualifications, but a second place disqualification moved them into the top three spot.

“It definitely worked out in our favor,” said Baughman.

The Abu Garcia Bassmaster High School Championship will be held on Aug, 8-12. With the championship approaching, the two said they will have valuable time to practice.

“We’re going to try and take a little bit more apart, kind of figure out what the fish are going to hold to and hopefully the pattern will hold up better than it did in Ross Barnett,” said, Baughman. “It’s something we’ve looked forward to.”

“I’m excited but I’m also nervous because how far it is. I’ve never been here, trying to figure it all out in just a few short days but I’m actually really excited,” Hollifield said.