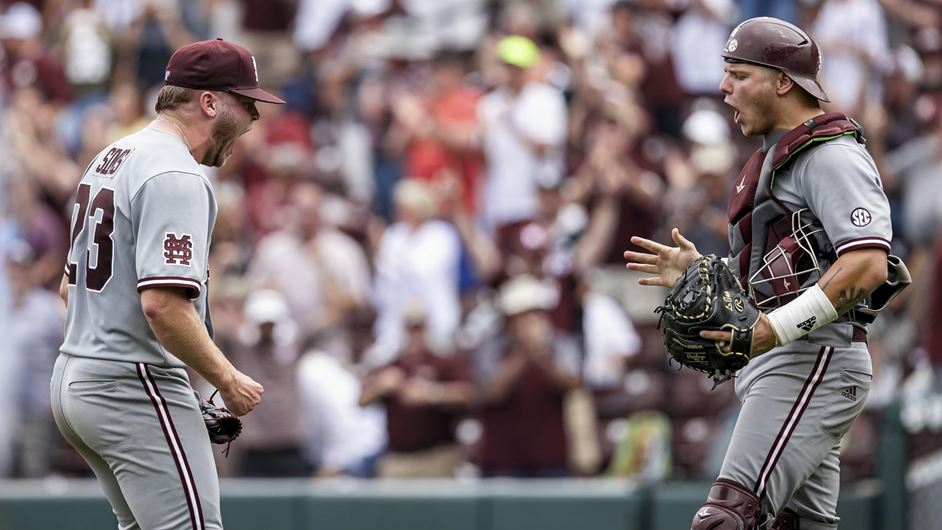 STARKVILLE – The pitcher-catcher duo that is Landon Sims and Logan Tanner heard their names called on the opening day of the 2022 Major League Baseball First Year Player Draft, which was held on Sunday (July 17) in Los Angeles. It marks the third straight season that MSU had multiple student-athletes drafted in the first five rounds.

In the MLB Draft, Mississippi State has heard 181 student-athletes’ names called at the event for a total of 222 draft picks overall.

Under head coach Chris Lemonis, Mississippi State has seen 21 student-athletes drafted in the MLB Draft, including four going in the first round. Lemonis also now has 11 draft picks in the first five rounds of the draft during his MSU tenure.

Both Sims and Tanner played pivotal roles in leading Mississippi State to capturing the 2021 National Championship. In 2021, Sims was a consensus first-team All-America selection and earned All-SEC honors after helping lead State to a national title. The right-hander was 5-0 on the year with 13 saves in 25 appearances on the bump. He registered a 1.44 ERA in 56.1 innings of work, while striking out 100 and walking just 15 batters on the season.

Sims moved into a starting role for the Dawgs in 2022, making three starts on the mound before his season was cut short due to injury. In his three appearances, Sim posted a 1.15 ERA in 15.2 innings while striking out 27 and allowing just two walks in starts against Long Beach State, Northern Kentucky and Tulane.

In 2022, Tanner was named second team All-SEC after hitting .285 with eight doubles, seven homers and 38 RBIs during his junior campaign. In 47 starts behind the plate, the Lucedale, Mississippi, native only allowed three passed balls. He also threw out seven would-be base thieves.