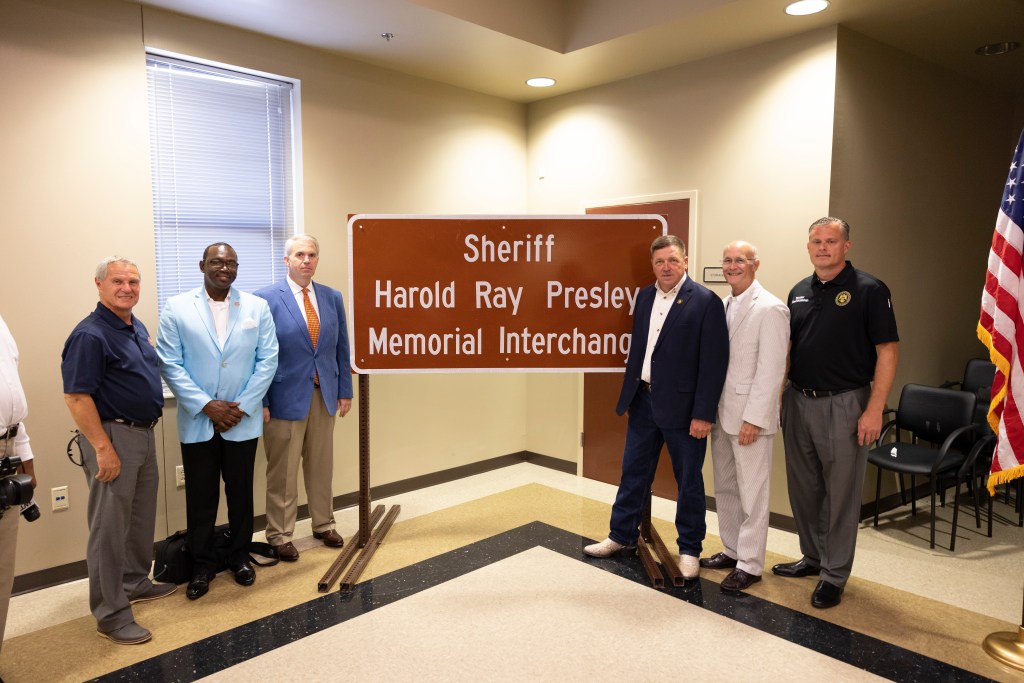 During the 2022 Legislative Session, House Bill No. 503 was signed into law, designating the intersection of Interstate 22 and Auburn Road, Exit 90 in Lee County as the “Sheriff Harold Ray Presley Memorial Interchange.”

Sheriff Harold Ray Presley was the Sheriff of Lee County from 1993 until his tragic death, in the line of duty, on July 6, 2001, when he was shot and killed by a kidnapping suspect who had fled from law enforcement earlier in the night. Sheriff Presley’s pursuit of the suspect began at Auburn Road off Interstate 22 which is being named in his memory.

Sheriff Presley was a U.S. Army veteran of the Vietnam War and had been with the Lee County Sheriff’s Department for 13 years. Presley joined the Sheriff’s Department in September 1987 as a patrol deputy, rising to the rank of Chief Narcotics Investigator. In 1993 he was elected Sheriff of Lee County in a special election due to the death of Sheriff Jack Shirley. Sheriff Presley was re-elected overwhelmingly in 1995 and 1999.