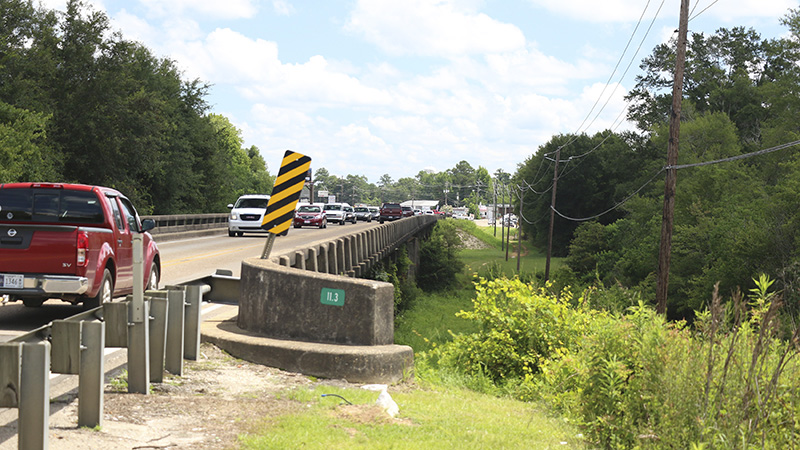 The second phase of the Highway 11 widening project that will focus on rebuilding this bridge across the East Hobolochitto Creek could begin this year, or two years from now. File photo by Jeremy Pittari

According to Mississippi Department of Transportation Engineer Dexter Childs, phase-two of the street-widening project could start in September of this year, or in the summer 2024.

Childs said he is the head engineer of this project, which will entail the construction of a new bridge on Highway 11 crossing the East Hobolochitto creek.

Childs has heard that the project could begin as early as mid July but he’s also heard that the summer of 2024 is a possibility. Phase-two will extend from where phase-one ended at Cayten Street and cover the span of Highway 11 across the bridge to Fourth Street.

Phase two will include some similar work completed in phase-one, including drainage, lights and a retaining wall on the east side of Highway 11.

“I would say there’s at least going to be a shoulder, as far as a designated sidewalk or path I’m not too sure.” said Childs.