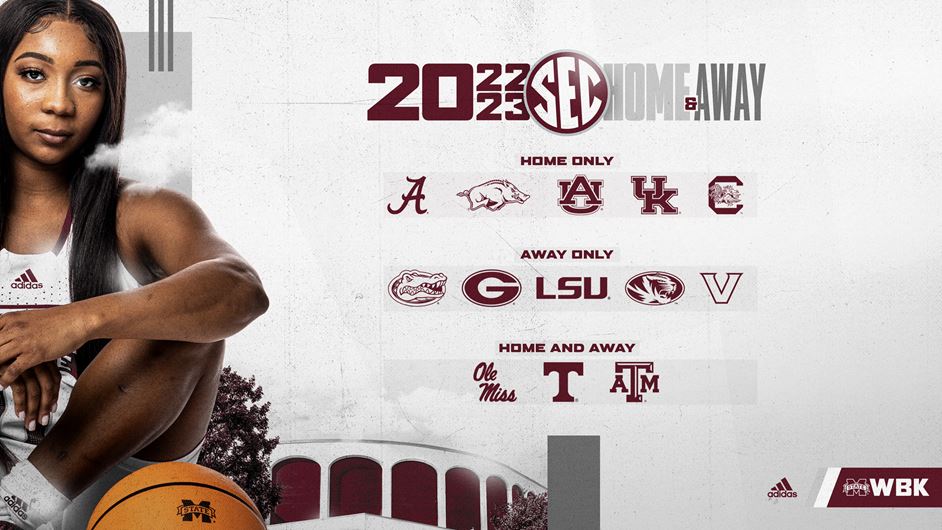 BIRMINGHAM, Ala. – The Southeastern Conference announced each school’s League opponents for the 2022-23 season on Wednesday. Mississippi State will play a 16-game league schedule consisting of eight home and eight road games. Dates and times will be announced at a later date.

In the 14th season of the 16-game SEC schedule, Mississippi State has drawn home-and-home games with Tennessee and Texas A&M, along with permanent opponent Ole Miss. This will be the first time since the 2016-17 season that the Bulldogs will play Texas A&M and Tennessee home and away as part of its SEC regular season schedule.

Mississippi State’s remaining five home games will feature South Carolina, Kentucky, Alabama, Arkansas and Auburn. On top of their previously mentioned road games, the Bulldogs will have a tough travel schedule ahead of them with trips to Florida, Georgia, LSU, Missouri and Vanderbilt.

Mississippi State’s home slate features some exciting matchups inside Humphrey Coliseum, highlighted by hosting the defending national champion Gamecocks and the reigning SEC champion Wildcats. State has won two of the last three meetings against South Carolina and Kentucky inside The Hump.