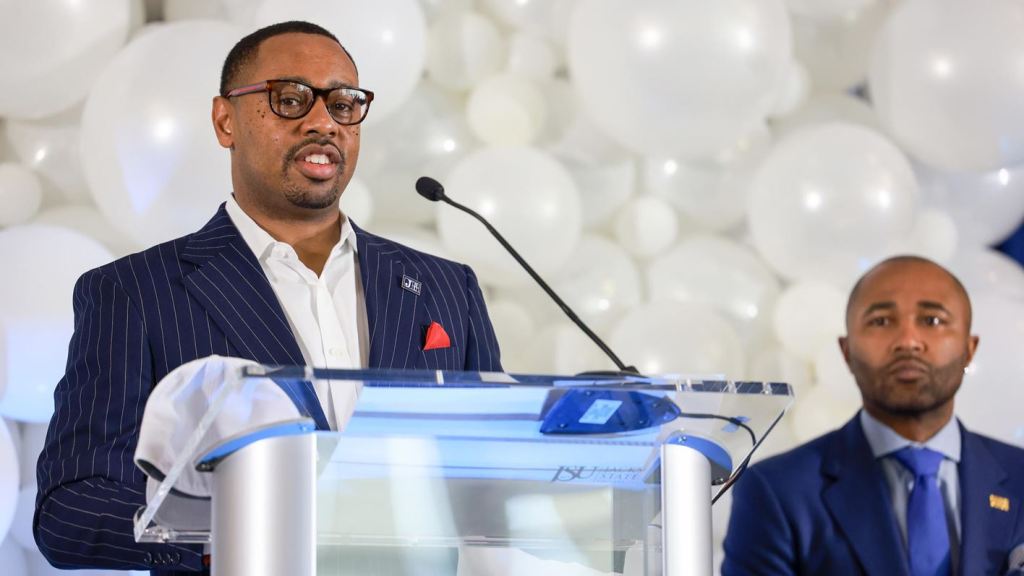 Jackson State University Athletics produced one of the most impactful and significant seasons in its storied history during 2021-22.

“Across the board, this was one of the most successful athletics campaigns for Jackson State University,” said JSU Vice President and Director of Athletics Ashley Robinson, himself the winner of the Cushman and Wakefield NACDA Athletic Director of the Year award. “Our student-athletes shined in every sport, both in competition and in the classroom, and have set the bar high for future successes. All of Tiger Nation should be extremely proud of the accomplishments of our student-athletes, coaches, and staff. This year showed the significant power and impact of Jackson State University when we come together for THEE. There is nothing we can’t accomplish when we do it as one. We will always strive to Build On Tradition, and Blaze New Trails. This is only the beginning.”

Jackson State finished second in the Commissioner’s Cup Standings as the best all-around program in the Southwestern Athletic Conference. The second-place finish is the highest for the program since the 2010-11 campaign when Tiger Athletics won the cup.