PRCC ‘was like going to the University of Alabama’ for us, says Hall of Fame inductee 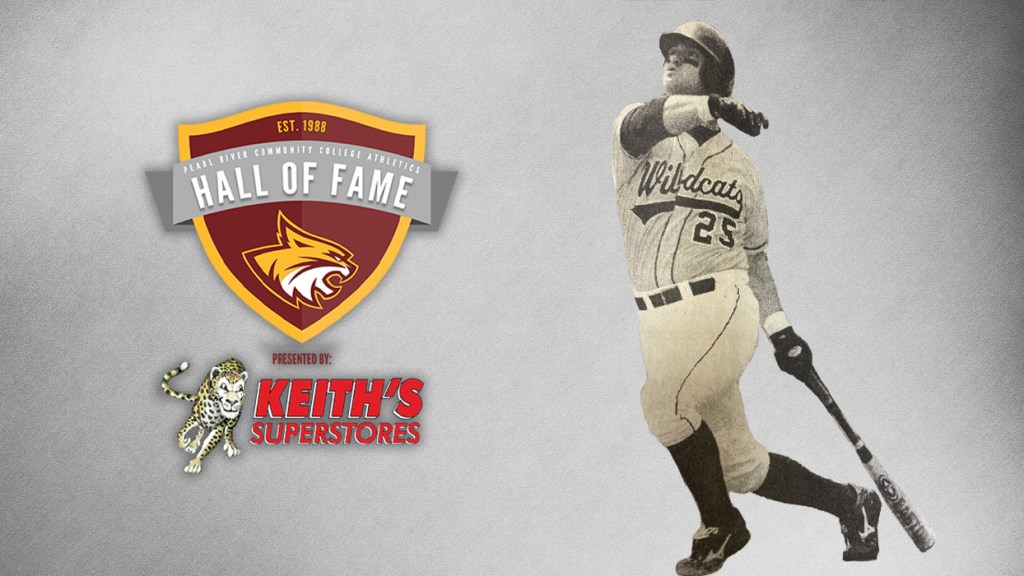 Other members of the 2022 class include football’s Terry Wayne Adkins and Ricky Cuevas, Sports Information Director Mitch Deaver, softball’s Rachel Hickman Kirkland and women’s basketball’s Carmen “Coco” Labat. PRCC will present Dub Herring with the Inaugural Spirit of a Wildcat Award. The River will also recognize its 2002 baseball team during the banquet. Under the guidance of PRCC Hall of Famer Jay Artigues, the ’02 Wildcats were the first PRCC squad to break through to the NJCAA World Series.

“It is surreal and a blessing. I never expected this, to be honest,” Adkins said. “God gave me the talent and I played because I loved the game. It’s the highest honor to me that anyone can get.”

Adkins is the second player from the ’02 team to be inducted into the Hall of Fame, joining 2021 inductee Jake Smith.

For Adkins, learning about his selection to the Hall of Fame was as special as it comes. Adkins’ father and fellow inductee Terry Wayne Adkins was the one who broke the news.

“I was sent a message on Facebook that Pearl River was honoring the 2002 baseball team at the Hall of Fame,” Adkins said. “I called my dad because I was so excited. I was telling him about it, and he said that he had gotten a call that they were inducting him into the Hall of Fame. I was telling him how exciting that was and how happy for him I was. That’s when he told me that I was going in with him.

“I couldn’t help but cry. Not many fathers and sons can say they are going into the Hall of Fame together, especially in two different sports. It’s still kind of surreal. It wasn’t something I set out to do when I started playing. I wanted to be a great role model and I wanted to play pro baseball. Being in the Hall of Fame never crossed my mind, so when my dad told me, I was shocked.”

In the Hall of Fame’s history, the Adkins father-son duo is the first to be inducted in the same class and just the second father-son duo overall to be enshrined, joining men’s basketball’s Dwayne Hanberry and David “Goose” Hanberry.

“It’s been the talk of the family since we got the phone call,” Adkins said. “There’s no one else in our family in any athletic hall of fame, so the likelihood of two Hall of Famers out of the same family is slim to none.”

Adkins’ baseball career started at Purvis High School where he earned the starting nod during his sophomore season. Over his three seasons as a starter with the Tornadoes, Adkins was an All-State selection each year and eventually broke the school’s home run record. After graduating, Adkins decided to start his collegiate career at Southern Miss.

As a freshman with the Golden Eagles, Adkins was faced with some adversity in an injury and redshirt. That’s when he decided it was best that he transfer. Luckily for him, then-PRCC head coach Jim Nightengale was interested in his talents.

“I got a phone call from coach Nightengale about if I was interested in coming to Pearl River,” Adkins said. “He had kept up with me at USM and we talked about how I had redshirted, so I didn’t lose any eligibility. He drove from Poplarville all the way to my house at 10 p.m. and sat at my dining room table with my scholarship. I signed it that night.”

For Adkins, making the decision to sign the scholarship and play for the maroon-and-gold wasn’t really a decision at all.

“It was a pride thing,” he said. “My dad had played football at Pearl River, so I knew that I could follow in his footsteps. My dad talked about his time at Pearl River throughout my entire life. It was like going to the University of Alabama for us. We just all have such a great pride in The River.”

Adkins experienced a lot of individual success during his first season with the Wildcats, taking home the triple-crown with a .343 batting average, 37 RBIs, and 10 home runs. Despite his remarkable numbers, Pearl River wrapped up the season under .500 at 21-24. That’s when future PRCC Hall of Famer Jay Artigues took over the program ahead of the 2002 season. From the very first meeting, Adkins had a feeling that something was going to be different.

“The first team meeting we had with coach Artigues during my sophomore year was the Sunday night before classes started,” Adkins said. “I knew we had an opportunity to be good, and I knew we were going to be better than the year before. Something felt different, but it wasn’t until fall practice that I realized what kind of team we were going to have. To this day, coach Artigues is my (Nick) Saban of college baseball, hands down. He always will be.”

The Wildcats took Artigues’ message to heart and were cruising as they entered the conference tournament, but that’s when they hit their first rough patch of the season, losing their first two games.

“We were not going to feel that again,” Adkins said. “That’s how coach Artigues built us. We had a really good team. We honestly believed that you could have taken us to New York, and we’d beat the Yankees. The sophomores got together and said that we were not losing the regional and that we were going to go all the way to Millington, Tennessee.”

PRCC went on to battle its way through the Region 23 Tournament before claiming the Central District Super Regional to qualify for the 2002 NJCAA World Series for the first time in program history. Even though the Wildcats didn’t take home the crown, they were still the team to lay the foundation for the program.

“I still talk about it 20 years later,” Adkins said. “It’s surreal to know that we were the first team to break through, and now it is the expectation every year. I don’t feel like I am worthy of that. Even though we didn’t win, we still made it known that it is what is expected. I still talk about that team and that postseason run all the time.”

Adkins ended his sophomore season with the Wildcats by once again claiming the triple-crown, compiling numbers that were even better than the year prior. He finished the year with a .372 batting average, 13 home runs and 53 RBIs.

“I saw the ball the same as a sophomore, but it was all about mindset,” Adkins said. “Coach Artigues kind of reprogrammed me to think that if I have a man on base, I have to score him no matter what it takes. I wasn’t trying to hit the ball out of the park every time.

“I just wanted to do my job and get the runners where they needed to be.”

Adkins moved on to William Carey where he carved out another special career. In his two seasons as a Crusader, he was named Gulf Coast Athletic Conference Player of the Year and All-GCAC both times. His 21 homers in the 2004 season are still a single-season record for WCU.

Know a former Wildcat who you believe should be considered in the future? Nominate by visiting https://prccathletics.com/hof/Hall_of_Fame_nomination_form or visiting PRCCAthletics.com/HOF and clicking the nomination form link at the top of the page.