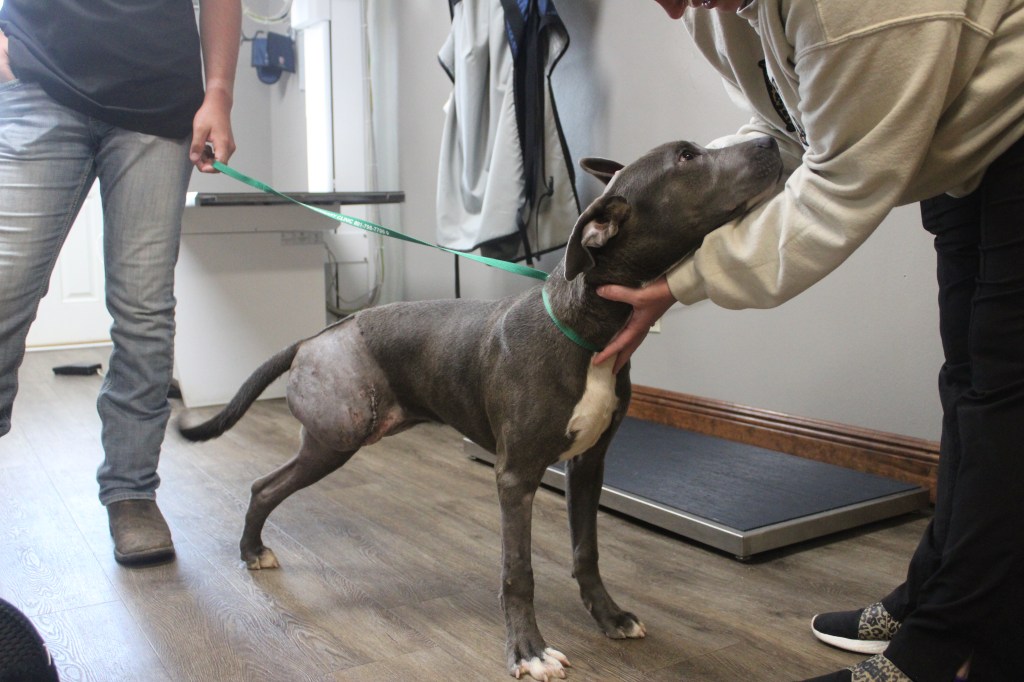 The Pearl River County SPCA’s staff and volunteers go above and beyond to provide pets with a forever home, whether through fundraisers to open more space in the shelter or fundraising efforts to save a dog with a broken leg.
The community and SPCA raised a lot of money in 2021 when the need arose to fundraise for animals that need medical care.
In 2021 the shelter held 16 fundraisers on social media that raised a total of $16,941.73. Fundraisers were held to raise the necessary funding to help treat an animal’s infected tail, amputated legs, seizures to knee cap dislocations.
PRC SPCA Spokesperson Maria Diamond said fundraisers are held often throughout the year in an effort to become a no kill shelter. Their second mission is to save the animals that have removed from less than ideal conditions and find them a new home.
“We really want to help them and give them a chance at a decent life after all they’ve been through. They’ve been thrown out onto the road, hit by cars, just thrown away; we’ve found some in a ditch. You just can’t take them in and put them down when you know all they’ve been through,” said Diamond.
It’s not cheep to pay for an animal’s medical care. The surgeries can be very expensive, based on the injury. Whatever the SPCA plans to fundraise is the amount used to cover veterinarian bill. That can include, surgery, the time the veterinarian kept the pet in the clinic and other factors depending on the injury.
“It don’t take long to run up a vet bill up to over $1,000,” said Diamond.
Diamond said the shelter can’t afford to cover a vet bill due to their financial situation, that’s why they reach out the community and regular donators.
“If the public will help us then we can afford to take them,” said Diamond.
The staff is cautious to not waste funding on an animal that may be beyond medical help, but if there is just one slight chance that it can be saved, the shelter will raise funds for that care.
“If we can get it done and the pet has a great chance of recovering and living a good life and getting a good home then it’s worth doing,” said Diamond.
The shelter hopes the community participation in fundraisers will continued through the hearts of those willing to help these animals. There is an ongoing fundraiser to give a dog named Jimmy surgery for his broken leg. He was found on the side of the road by a good Samaritan who brought him to the shelter. The shelter hopes to raise $1,800 for Jimmy. Donations can be made via the PRC SPCA’s Facebook page.