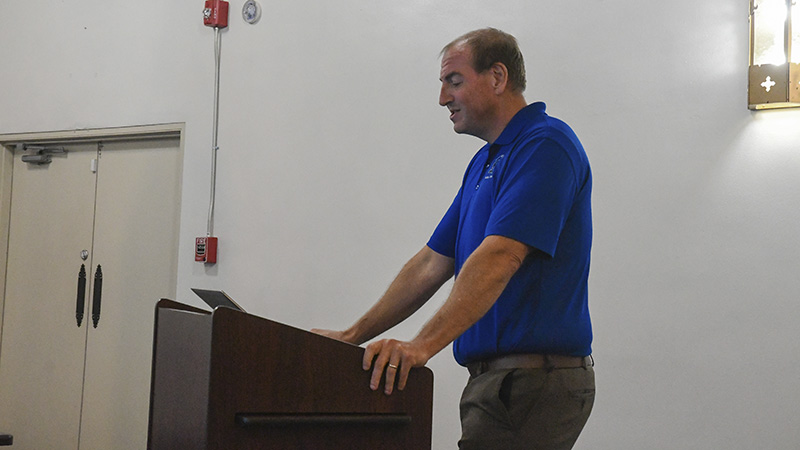 Chief Financial Officer and Operations Officer T.J Burleson addresses the Board of Trustees for the Pearl River County School District concerning the history of the fund balance over the past 10 years. Photo by David Thornton

The district will receive state funds from the Mississippi Adequate Education Program (MAEP) for the 2023 FY in the amount of $18.7 million. Last school year the district received  $16.9 million. Other funding will come from ad valorem taxes totaling $7.9 million, of which $6.4 million will go toward operations, $1.2 million will be used to retire general obligation bonds and $320,0000 will be used to retire a three mill note.  Funding from the federal government will total $8.5 million.

Additions to the budget within the district include new athletics in the form of a high school girls volleyball program and a middle school soccer team. District wide, all salaries were increased by at latest $1.00 an hour, Burleson said.

PRCSD has a total revenue and expenditure of $27,245,342, which will be expected to break even at the end of the fiscal year.

This fiscal year’s fund balance will begin with $2.5 million. The fund balance ended the 2021 school year with $6.3 million in the account. Burleson said the reason for the decrease was a decision made by the Board in Sept. of 2021 to move $3.8 million towards capital improvements and project funds, some of which have been already utilized, including improvements to the Pearl Ricer Central Elementary School’s gym floor where the high school volleyball team will play home games.