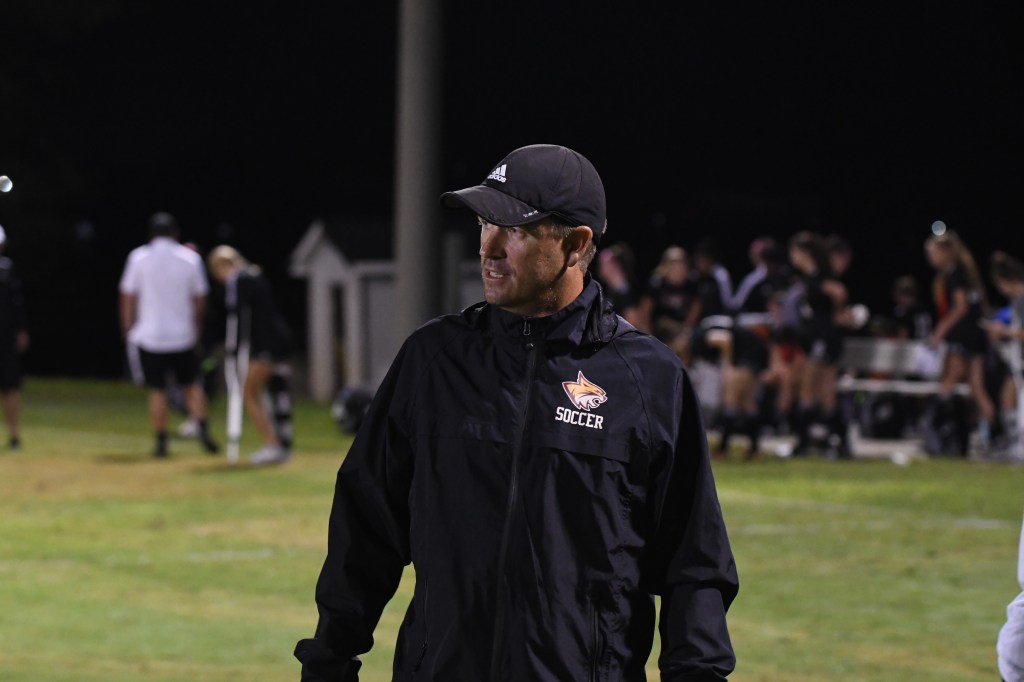 POPLARVILLE, Miss. — As the 2022-23 season continues to inch closer, Pearl River women’s soccer coach Henrik Madsen has announced a versatile 2022 signing class that includes six high school standouts and one Division I transfer.
Prep players in the class are Maddie Cuevas of Hancock, Iben Madsen of Gulfport, Adele Mooney of Ascension Episcopal (La.), Morgan Westling of Poplarville, McKenzie Winters of Ocean Springs and Ann Maris Ragen of Hartfield Academy. Also joining the Wildcats is Southern Miss transfer Lauren Bennett.
“I think that this is a very versatile class,” head coach Henrik Madsen said. “We have players from areas that we don’t normally recruit from.
I think that we have some really good quality coming in.
We didn’t sign as many players as we normally do because we were able to return a lot of our players from last year. We really feel like that’s a lot of quality with this group.”
LAUREN BENNETT
Bennett transfers to Pearl River after spending a year at Southern Miss. During her time with the Golden Eagles, the defender played in 11 games and picked up an assist. Before signing with USM, Bennett was a standout at Long Beach High School.
With the Bearcats, she was named 5A All-District, Clarion-Ledger All-State, Sun Herald All-South, Sun Herald All-South Player of the Year and United Soccer Coaches All-State. She was selected for the Mississippi Association of Coaches North vs. South game.
“We’re super excited about getting Lauren on the team from the Division I level,” Madsen said. “After coaching her for years in club soccer, I know what she brings to the table. She will bring good leadership and some quality to our team.”
MADDIE CUEVAS
Cuevas comes to the Wildcats after a standout career leading the Hancock Hawks. Usually a midfielder, Cuevas also has the ability to play along the backline.
As a junior, she was named Sun Herald All-South. After her senior season, Cuevas earned another Sun Herald All-South selection in addition to being named Sun Herald Fan Choice Player of the Year.
“Maddie is a versatile player from Hancock,” Madsen said. “She’s very good and is very quick. She can play in the midfield or along the backline. It’s going to be interesting to see where she fits in.”
IBEN MADSEN
Madsen played her high school soccer for the GHS Admirals and will feature in the midfield for the Wildcats.
She helped Gulfport capture two MHSAA 6A State Championships as well as a 6A Elite Eight appearance in her high school career.
“Iben is a versatile center midfielder,” Madsen said. “She’s a very good holding midfielder. We hope that she can stay healthy and help us out.”
ADELE MOONEY
Mooney joins the Wildcats after a prep career with the Ascension Episcopal Blue Gators in Lafayette, La. She is positioned to be a leader in the attack for the Wildcats, fitting in at forward or as a winger.
She was named to the Dailey Advertiser’s 2021-22 All-Acadiana Area team after her senior season.
“Adele is a super player,” Madsen said. “She’s going to be a very good target player for us at the top of the rotation. Hopefully, she’s able to come in for us and score a bunch of goals and rack up some assists.”
ANN MARIS RAGEN
Ragen spent her prep career with the Hartfield Academy Hawks. Another versatile player in the class, Ragen will most likely feature in the attack for the Wildcats.
She was selected to the MAIS All-Star team as a senior.
“Ann Maris is a really dynamic player,” Madsen said. “She can play on the wing or at striker. She’s quick and has good feet. We’re very excited to see what she can bring to the field.”
MACKENZIE WINTERS
Winters comes to PRCC after helping lead her Ocean Springs squad to the MHSAA 6A Elite Eight and will spend her time on defense.
She was named to the Sun Herald All-South team as a junior and senior.
“Mackenzie is a super defender,” Madsen said. “She’s very athletic and understands the game. She can read the game on defense and can play the ball out of the backline.”
MORGAN WESTLING
Westling makes the short trip from Poplarville High School to Pearl River. Westling is one of the most versatile players in the class with the ability to play in the attack or on defense.
“Morgan is a local product,” Madsen said. “We’re excited about Morgan. She has worked very hard all summer long. She’s a versatile player that can either play as an outside back or as a winger.
For the latest on Pearl River Community College athletics, follow us on Twitter (@PRCCAthletics) and Facebook (PRCCAthletics).