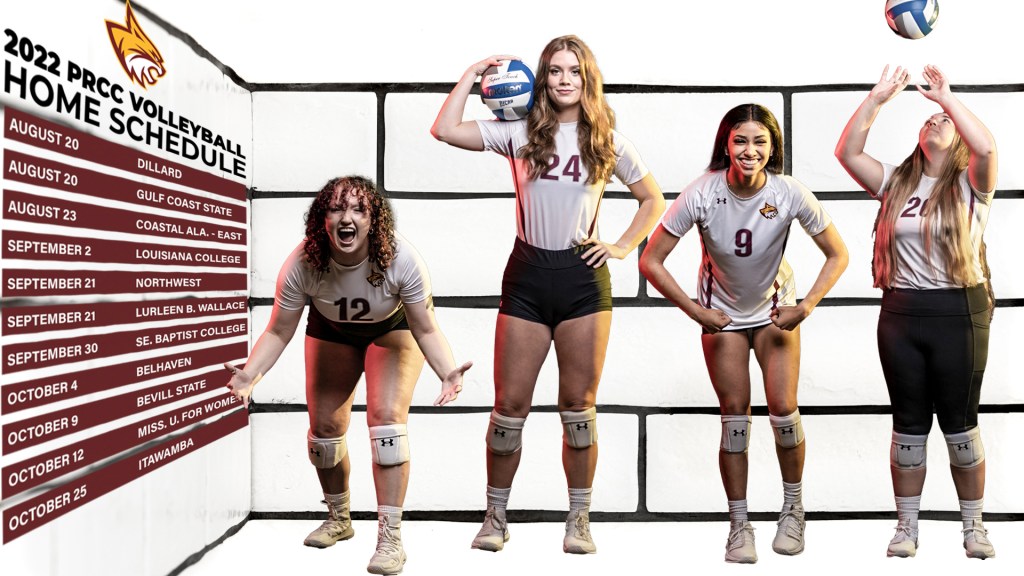 POPLARVILLE, Miss. – Pearl River volleyball coach Haley Chatham announced her 2022 schedule on Monday. Looking to build on the momentum gained during their historic 2021 season, the Wildcats will host 11 matches in Shivers Gymnasium and travel for another 21.

The Wildcats will open the season with a three-match homestand, hosting Dillard and Gulf Coast State College on Aug. 20 and Coastal Alabama – East on Aug. 23.

PRCC travels to Pensacola Christian College Aug. 27 against the host and Mississippi University for Women. They will close out the month of August on the road against Belhaven University on Aug. 30.

The Wildcats open September with a home match against Louisiana College Sept. 2 before embarking on a six-match road stretch beginning at MACCC rival Itawamba on Sept. 7.

Following two road contests in Senatobia on Sept. 8 against host Northwest and Freed-Hardeman University, PRCC will travel to Columbus Sept. 10-11 to play Mississippi University for Women and Itawamba in the Owl Invitational.

PRCC will participate in the Pensacola State College Tournament on Sept. 16 and 17. Their opponents are to be determined.

The Wildcats return to Shivers Gymnasium Sept. 21 for matches against Northwest and Lurleen B. Wallace.

After the quick homestand, PRCC will travel to Bevill State for matches against the host and Coastal Alabama-East on Sept. 24 and at Itawamba on Sept. 27. The Wildcats close out the month at home against Southeastern Baptist College on Sept. 30.

Pearl River travels to Lurleen B. Wallace on Oct. 15 for the first of five straight road matches. On Oct. 18, the Wildcats travel to Southeastern Baptist College followed by an Oct. 21 match at Coastal Alabama-South. They conclude the road trip with matches at Coastal Alabama-East against the host and Southern Union State on Oct. 22.

The Wildcats host Itawamba for Sophomore Night at Shivers Gymnasium for the last home contest of the season on Oct. 25 before concluding the regular season on the road Oct. 26 at MUW.

The Wildcats finished the 2021 season with a 27-4 record after falling to Itawamba in the Region 23 Tournament. Pearl River made history in 2021, being ranked nationally for the first time in Mississippi JUCO volleyball history. After weeks of receiving votes, the Wildcats entered the rankings the week of Oct. 18 at No. 19 before closing out the regular season ranked No. 18.

HOW TO WATCH
The Wildcats will once again livestream all matches for free at PRCCMedia.com/gold. Fans who have Roku, Amazon Fire or Apple TV devices can also watch the Wildcat broadcasts by downloading the “Pearl River CC” channel from their app stores.