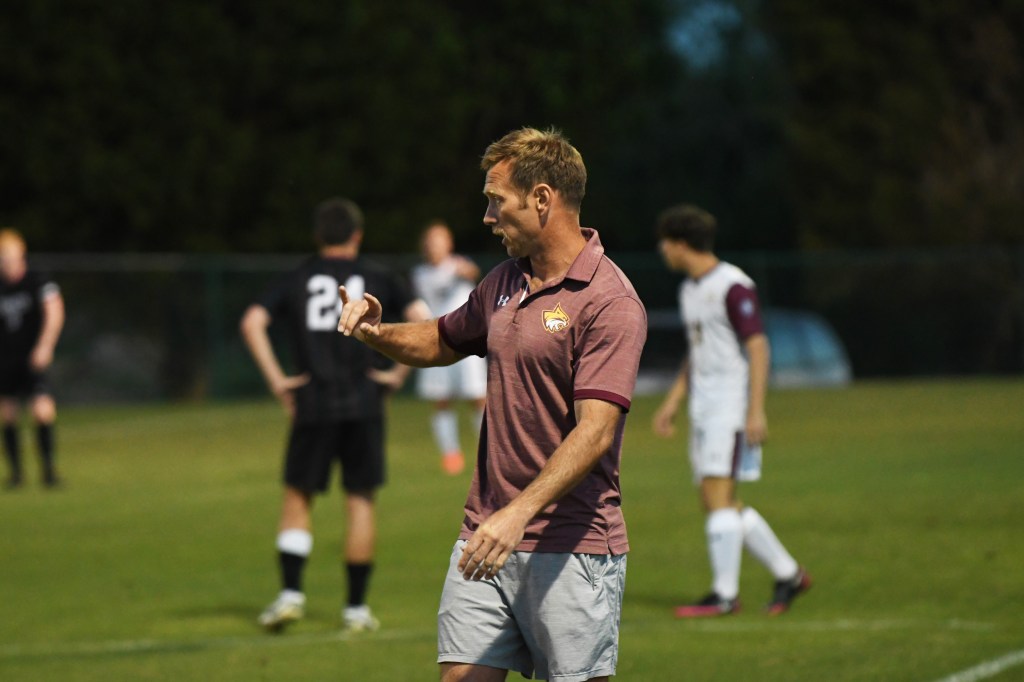 POPLARVILLE, Miss. — The Pearl River men’s soccer team made history during the 2021 season, breaking through for the program’s first NJCAA Tournament appearance. Head coach Drew Gallant has now announced his 2022 signing class to try and make the trip back to the Tournament.

“We went a lot more attacking in this class,” Gallant said. “We didn’t score a goal at the National Tournament and we’re trying to fix some of those issues. We just want to get more attack-minded. We did score a lot of goals last year, but we need to be better in the key moments and capitalize. The players coming in give us a lot more freedom.

Dodson played in all 17 games for Gulfport High School during his senior season. In addition to being a lockdown defensive player for the Admirals, Dodson was able to get involved in the attack a few times, tallying a goal and a pair of assists.

The defender looks to slot into an outside back role, most often at left back.

He earned a 2021-22 Sun Herald All-South team selection after the conclusion of the season.

“Daxx is a very athletic kid and fits naturally at the left back position for us,” Gallant said. “That’s where he will be utilized best.”

Garcia comes to PRCC after being a key contributor for the NEJHS Tigers squad since the seventh grade, helping lead them to 81 victories during that time.

As a senior, the attacking midfielder scored 20 goals while assisting on six. For his efforts, he was named Scorebook Live Second Team All-State.

“Jason has very good vision for the game,” assistant coach Diego Figueroa said. “He understands when to push or slow down the tempo. He is technically gifted and also adds some size to our midfield. Jason has been playing a very similar style of play to us for a few years now which will help him fit into our system right away.”

Hopkins is fresh off a senior campaign where he led his CHS Arrows to 15 wins and an MHSAA Class 6A State Championship while tallying 11 goals and six assists from his attacking midfield position.

After the year, he was named the Gatorade Mississippi Boys Soccer Player of the Year and a Scorebook Live First Team All-State selection.

“I think that we can use Luke up top if we need to because he’s such a big target,” Gallant said. “He’s a really good player with very good feet. He’ll give a lot of teams issues whether he plays up top or at attacking midfield. He’s very skillful with good vision. Luke has the ability to take over games and be a gamechanger. That’s what won him Gatorade Player of the Year and the 6A State Championship.”

Maulden becomes a Wildcat after a standout career for the SHS Tomcats. While mostly featuring as a defensive player for Stone, Maulden was still able to get involved in the attack. He finished his senior season with five goals and 12 assists.

“Brennon was everything for his high school team at Stone,” Gallant said. “He’s a very good player for Southern States. He’s a bigger kid that plays holding midfield. I think that he can come in and learn a lot from Julio (Gruba) and maybe play some outside back for us. He’s a technical player and he will transition easily into the way we play.”

“Sil comes from a very high level in the Netherlands,” Gallant said. “Diego got to see him play personally and he was exactly what we were looking for in a player. Sil is another technical player with good size and vision. Sil has a lot of versatility. He can play attacking mid or holding mid. He’s even joked about playing centerback to fix some of our issues there. The vision and goal-scoring ability that he brings from outside the box is great.”

Dommer joins the PRCC squad after spending the majority of his youth career with FC Copenhagen.

The 5-foot-9 midfielder will use his technical game to help out in the attack and should mesh well with the other members of the midfield.

“Christopher has trained at the highest level and with professional players,” Gallant said. “He’s a very technical player that will fit our playing style. We saw that out of him with the film that we have and in the recommendations that came. We feel like he’s going to be a perfect fit for how we play in the midfield.”