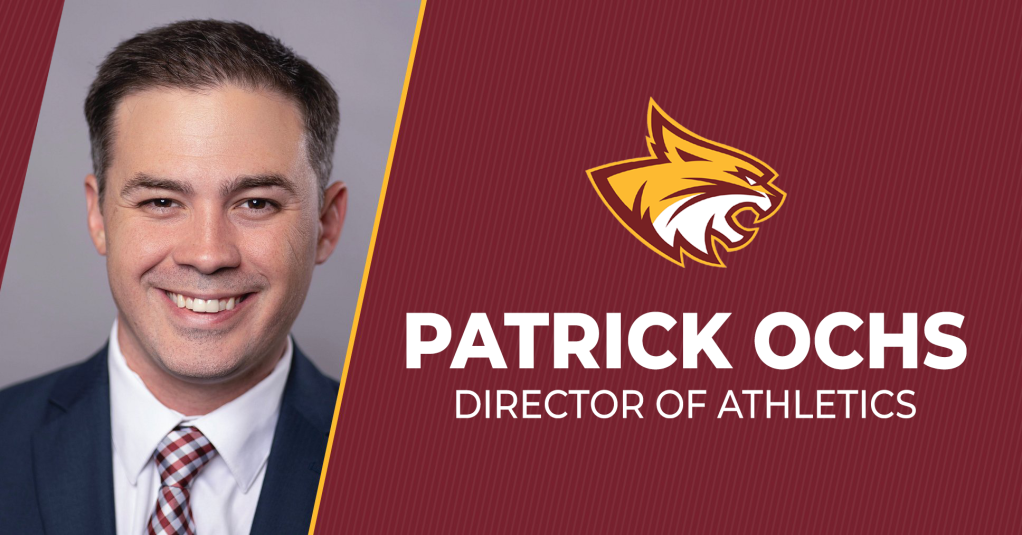 POPLARVILLE, Miss. — Pearl River Community College is undergoing a restructuring within its Athletic Department. Patrick Ochs has been named the new Director of Athletics. Joining him on the leadership team will be Scotty Fletcher and Michael Avalon. Both Fletcher and Avalon will retain their coaching responsibilities while also taking on the roles of Assistant Athletic Directors.

“When Patrick stepped on campus a few years ago his impact was immediate,” Pearl River President Dr. Adam Breerwood said. “Our coaches have the utmost respect for his work ethic and leadership. He is a visionary leader who is the ideal fit to lead our athletic department to unforeseen heights.”

Ochs moves into the new role after previously serving as Director of Marketing and Communications.

“It is an incredible honor to be entrusted with our Athletics Department. We have experienced a complete renaissance in every facet at The River under our current administration and leadership,” Ochs said. “Not only have we had success on the playing field but also in the classroom and beyond. I want to thank our President Dr. Adam Breerwood, our Vice President for the Poplarville Campus Jeff Long and our Board of Trustees for believing in me to build on our current all-around success. As someone who did not attend PRCC or grow up in the Wildcat Family, I have felt welcome from Day 1. This is a dream opportunity. I’m incredibly thankful and excited to see where we can go from here.”

“I have had the fortune to get to know all of our coaches and staff in my four years at The River,” he said. “We have an absolute dream team in place and our recent success would not have been possible without each and every one of them. It always seems cliché to call a group of people a family, but it’s true at The River. We care for one another and my first goal is to be each of their biggest champions.”

Ochs was originally hired at PRCC to build on the school’s established foundation while also helping modernize PRCC’s communications and fan engagement through social media. Under his guidance, PRCC’s social media presence has grown exponentially and the livestream production is among the best in the region. In Spring 2022, Ochs was invited to present at the NJCAA’s national conference in Birmingham, Ala., on the subject of making a great first impression through your official athletics website.

Additionally, last summer, Ochs helped oversee the implantation of digital ticketing, a first at PRCC. The partnership with HomeTown Ticketing has been beneficial in a number of ways as it has improved the fan experience while also creating an improved revenue stream for the school’s programs.

“I owe Dr. Breerwood, Mr. Long and Mrs. Candace Harper a lot,” Ochs said. “I have worn several hats in my time here and they have been the best role models, mentors and superiors a person could hope for. They all demand excellence and set an incredibly high bar when it comes to expectations. I have learned so much from each of them and have an immense amount of respect for their selfless attitudes, their openness to think outside the box and their ability to manage people. Pearl River is lucky to have them establishing our foundational core.

“I have also been blessed to work with an amazing team of dedicated individuals in our Marketing Department. Our Wildcats are fortunate to have such a talented group of individuals who all bring immense value to the college. I know they have definitely made me look good time and time again and for that I’m eternally grateful.”

Fletcher previously served as AD and will move into an Assistant Athletics Director role to focus full-time on his role as head women’s basketball coach. During Fletcher’s tenure as Athletics Director, Pearl River saw unparalleled success on and off the field and courts. The Wildcats claimed five MACCC crowns, two Region 23 Championships and one National Championship. Baseball, softball, women’s basketball, men’s basketball, men’s soccer, women’s soccer and volleyball all spent time inside the national rankings. Fletcher helped to revive the historic Pearl River golf program that in its first season qualified for the Gulf District Tournament.

Fletcher helped to implement a partnership with HomeTown Ticketing to increase fan experience with digital ticketing. In the classroom, 44 PRCC student-athletes were named to the NJCAA All-Academic teams at the end of the 2021-22 school year.

Avalon will also move into an Assistant Athletics Director role. He and Fletcher will assist with the advancement and fundraising opportunities as well as oversee compliance efforts and provide visionary leadership for staff and student athletes.

“I have gotten to know Coach Fletcher and Coach Avalon well over the last four years. They are two men who possess the greatest integrity and I have the utmost respect for both. There isn’t a tandem in the state that I would trade them for,” Ochs said. “To have a sideline view as they have achieved new heights in their coaching careers the past couple of seasons was incredible. I’m lucky that as I learn and ease into my new position, I’ll be able to call on them and tap into their guidance and support.”

Additionally, Richard Gleber is now the Assistant Director of Digital Services and Webmaster. In this position, Gleber will continue to oversee all aspects of PRCC trailblazing livestream production in addition to running both PRCC.edu and PRCCAthletics.com websites. Eric Meeks will continue to serve in his role as Coordinator of Compliance for Athletics. Dylan Dunaway remains as the college’s Sports Information Director.

“I’m excited that I will get to continue working with Richard, Eric and Dylan,” Ochs said. “All three are true assets for us and bring exciting ideas and supreme abilities to the table. With them helping to guide the ship we’re in good hands.”

Before joining PRCC, Ochs worked as a newspaper reporter. He spent five years at the Sun Herald newspaper in Biloxi on several news beats, including breaking news and sports. Prior to his tenure at the Sun Herald, Ochs worked as the Assistant Sports Editor at the Oxford Eagle and as a reporter at the Natchez Democrat. During college he also interned in the front offices of the Portland Timbers, Portland Beavers and Atlanta Silverbacks, as well in Washington, D.C., for Rep. Pete Sessions.

Ochs graduated from the University of Mississippi in 2008, earning a bachelor’s degree in Marketing and Communications with an emphasis in print journalism. He and his wife, Jaime, have two children, Alexandria (5) and Rylee (2).