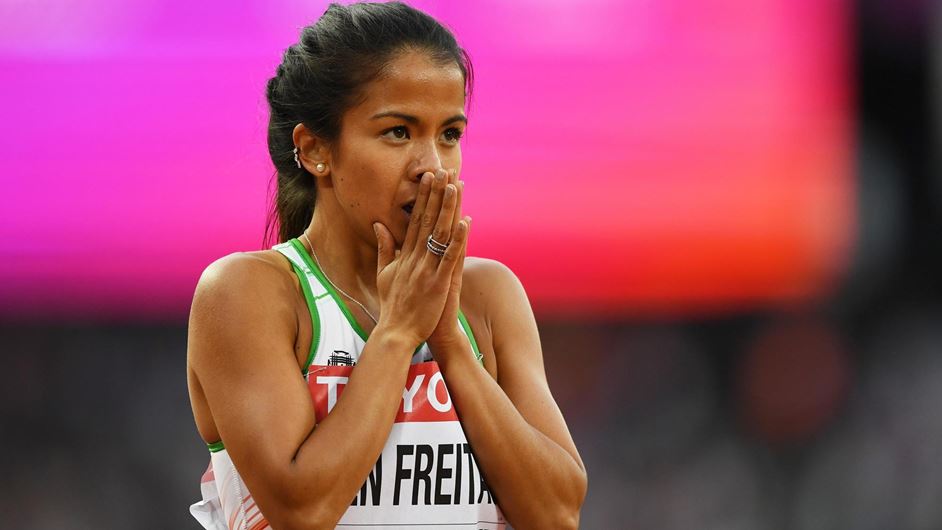 Pen Freitas finished seventh in her heat, just 0.15 seconds out of automatic qualifying position. The top six runners in each of the three heats along with the next six fastest advanced to Saturday’s semifinals.

The Portuguese native who won the 2015 NCAA Championship in the same event, clocked in at 4:08.58, which was a second slower than her season-best time.

The former Bulldog was hindered by a slow pace in the opening heat. While Pen Freitas’ heat was won in 4:07.05, that time ranked No. 19 overall among the competitors. Pen Freitas’ time left her in 30th position overall.

The men’s javelin is set to begin on July 21 with former teammates Anderson Peters (GRN) and Curtis Thompson (USA) throwing side-by-side again for the first time since the Tokyo Olympic Games. Peters is the reigning World Champion in the event.

American Tiffany Flynn will round out the competition in the women’s long jump, an event she placed fourth in at the World Indoor Championships earlier this year. Preliminary rounds begin July 23.