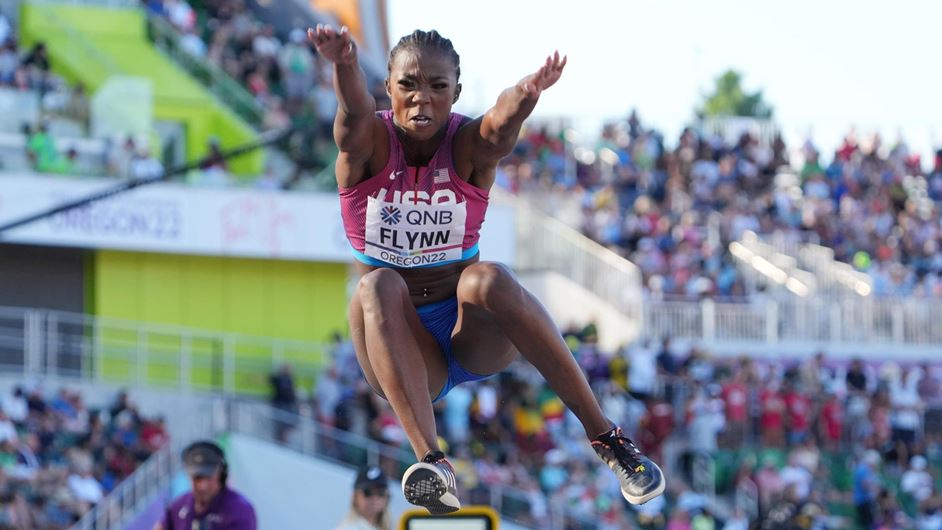 EUGENE, Ore. – After switching events following her collegiate career, Tiffany Flynn has become the fourth former Mississippi State athlete to reach the finals of her event at the 2022 World Athletics Championships.

Flynn, who traded the triple jump for the long jump, flew 6.73m (22-1.0) on her first attempt in Saturday’s long jump qualifying. It would be her best mark of the competition and came just two centimeters shy of the automatic qualifying threshold.

She was one of six athletes who advanced without the automatic qualifier by virtue of being inside the top 12 across the two qualifying flights.

Flynn’s mark stood seventh overall. She will compete in her second career world final after just missing the podium at the World Indoor Championships in March with a fourth-place finish.

Javelin throwers Anderson Peters and Curtis Thompson will throw in their final at 8:35 p.m. on Saturday. Peters is the reigning world champion in his event. Canadian Marco Arop will run in his second career World Championships 800m final at 8:10 p.m.