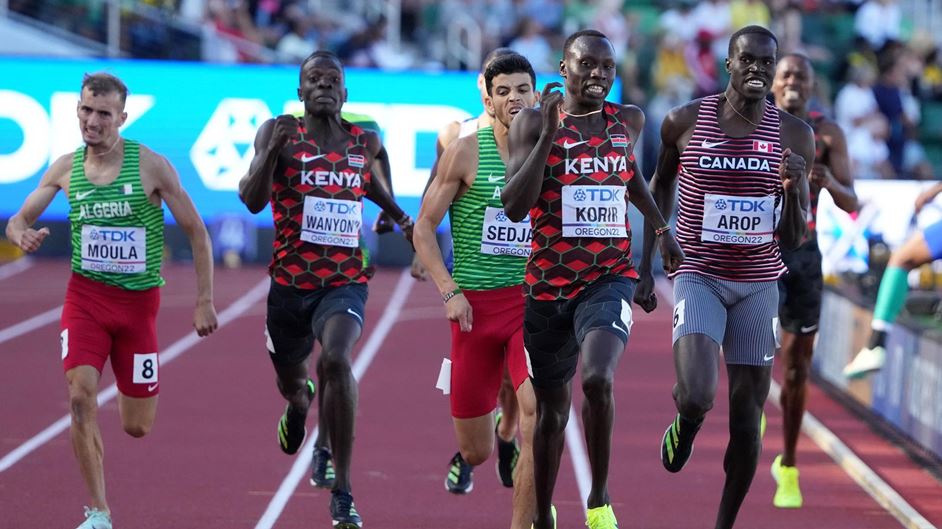 Clocking in at 1:44.28, Arop took home bronze for Canada’s second-ever medal in the event. He joins silver medalist Gary Reed who found the podium in 2007.

“I’m just so proud. There are a lot of people who helped me get here,” Arop told Canadian media members on site. “I hope I made them happy today. That victory lap was almost as tiring as the race.”

The race got off to a precarious start as Arop was tripped up by Algerian Silmane Moula as the field broke from their lanes and collapsed at the 100m mark. However, Arop took charge and led the field at the bell.

He looked to extend his lead down the back stretch, but could not shake Kenya’s Emmanuel Kipkurui Korir, the defending Olympic champion. Korir caught Arop coming out of the final turn with 100m to the line. Algeria’s Djamel Sedjati also ran down Arop in the final 50m to result in his third-place finish.

“Hopefully, he’s just the first medal we get, and not the only one,” MSU head coach Chris Woods said.

Mississippi State now turns its attention to the men’s javelin final where defending champion Anderson Peters of Grenada and American Curtis Thompson will throw for medals.