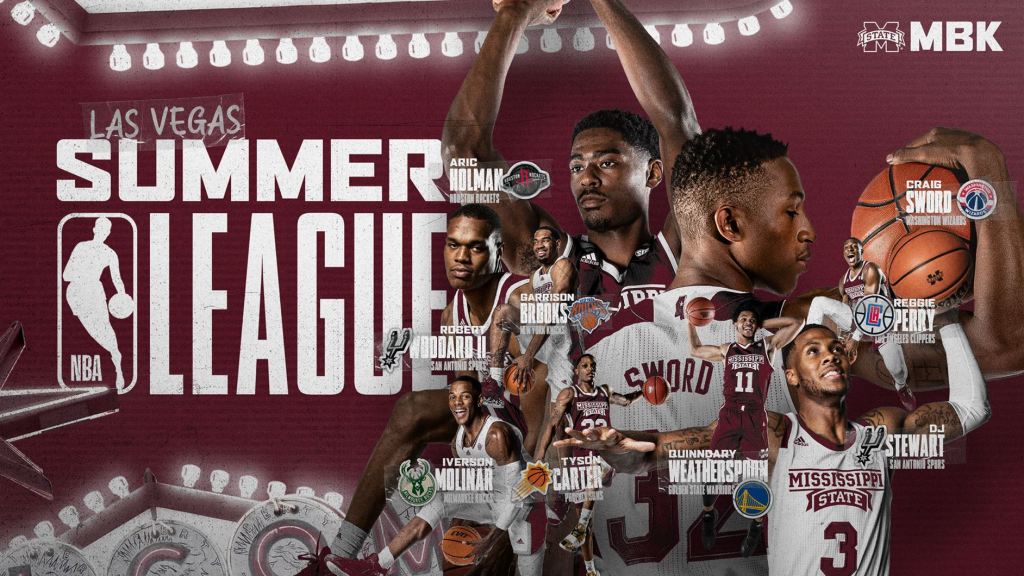 LAS VEGAS, Nevada – Mississippi State men’s basketball has nine players with the opportunity to shine at the NBA Summer League in Las Vegas fromJuly 7-17 at the Thomas & Mack Center and Cox Pavilion.

The nine players in the 2022 NBA Summer League are tied for the second-most among SEC schools.

The ESPN family of networks (ESPN, ESPN2, ESPNU) along with NBA-TV will televise all of action from Las Vegas. All 75 games will be streamed courtesy of the ESPN app. Fans can access a full TV schedule, box scores, game recaps and statistics online at www.NBA.com/summer-league/2022.

Thursday, July 7: Aric Holman was a spark off the bench for the Houston Rockets with eight points fueled by a pair of three-pointers in their opener versus the Orlando Magic. He also secured two blocks and two rebounds over 14 minutes of action.

Tuesday, July 5: Quinndary Weatherspoon scored a team-leading 14 points and added three rebounds for Golden State during his lone appearance at the California Classic.

Mississippi State’s 2022-23 non-conference schedule features a SEC/Big 12 Challenge matchup with TCU, a consensus top 25 preseason pick, on Saturday, January 28 at Humphrey Coliseum. The Bulldogs also have a return trip slated at Minnesota in December. State is joined by Georgia Tech, Marquette and Utah at the 2022 Fort Myers Tipoff from November 21-23.

The Maroon and White also has learned its 2022-23 SEC opponents. State will take on 2022 NCAA Tournament participants Alabama and Tennessee along with Missouri, Ole Miss and South Carolina in home-and-home series. The Bulldogs also will play host to Florida, Kentucky, LSU and Texas A&M at Humphrey Coliseum.