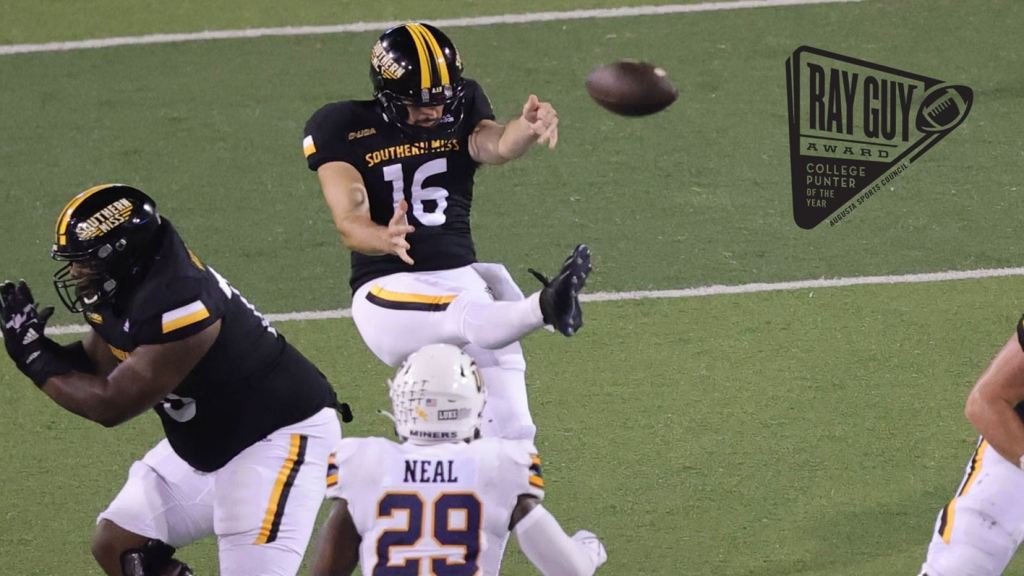 Hunt averaged 43.6 yards over 71 punts last season, including a career-best 63 yarder against UTEP. His punting average was the highest since Tyler Sarrazin notched 44.7 yards per punt in 2016.

The end results of his punting encompassed 40 fair catches, 18 inside the opponent’s 20-yardline and 15 of 50 or more yards as he was selected honorable mention All-Conference USA.

The number of eligible candidates for this season will grow when the award opens nominations on July 28. The complete list of candidates will be released on November 2nd. In mid-November, the Ray Guy Award committee will meet to select the ten semifinalists, who will be announced on November 8th. A national body of Football Bowl Subdivision (FBS) sports information directors, media representatives and previous Ray Guy Award winners will then vote for the top three finalists to be announced on November 18th. After the finalists are named, the voting body will cast ballots again to select the nation’s top punter. The winner will be announced live during The Home Depot College Football Awards airing on ESPN in December 2022.

About the Ray Guy Award
The Augusta Sports Council created the Ray Guy Award in 2000 to honor Thomson, Georgia native and College and Pro Football Hall of Fame inductee, Ray Guy. Among the statistics used to identify the winner is net punting average, number of times punt is downed or kicked out of bounds inside the opponents 20-yard line, total yardage punted, average returned yardage and percentage of punts not returned with particular emphasis placed on net punting average. The winner must display team leadership, self-discipline and have a positive impact on the team’s success. Guy is a graduate of Southern Miss.